In Australia, koalas fought in the middle of the highway 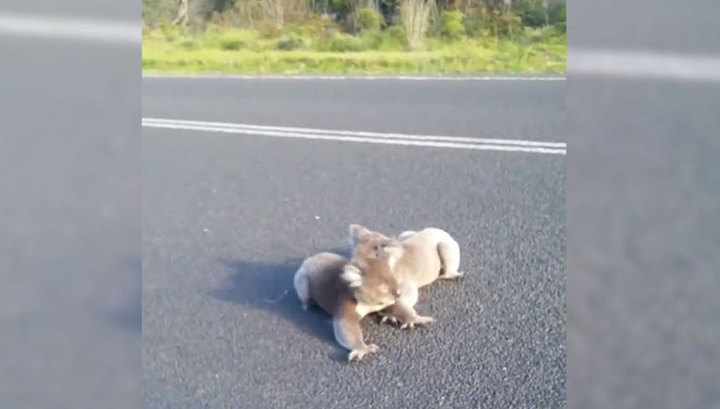 In Australia, a pair of koalas that were treading right in the middle of the highway almost fell under the truck passing by. Fortunately, the driver was able to warn the local woman who was nearby.

Sharon Braysley stumbled upon the fighting animals on June 22, driving along one of the roads around the city of Portland in Victoria. The woman stopped the car and first tried to drive the koal off the road with a beeping sound, but without success.

After that, Braysley got out of the car and began to drive the animals to the roadside by shouting and waving their hands. Suddenly, she heard a noise approaching from the turn of the truck and, fortunately, in time to warn his driver about the danger. The truck eventually managed to bypass the koalas by the wayside.

Only then the Australian finally managed, with the help of a towel taken from the car, to drive out the koalis who had thrown to the moment to the roadside bushes.