In Brazil, a student who hunted aliens disappeared 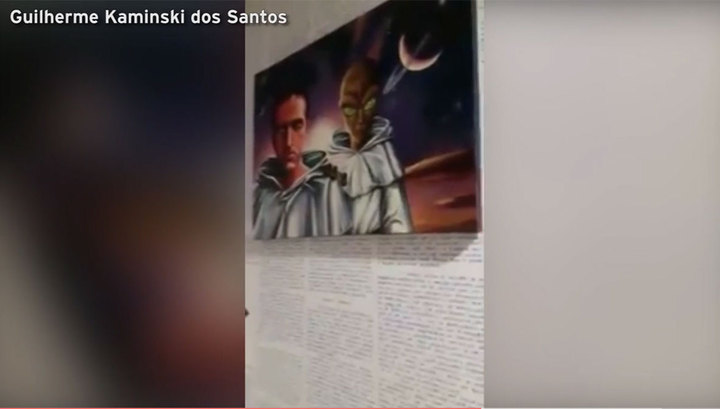 The police of the Brazilian city of Rio Branco are looking for a 24-year-old student, Bruno Borges, who was in search of contacts with representatives of extraterrestrial civilizations. The young man disappeared without a trace, leaving his parents with a room with walls, painted from floor to ceiling with strange symbols, reports Mirror.

The network received footage taken in the room of Bruno Borges. There is practically no furniture in the room. In the center there is a statue of Giordano Bruno, which the young man bought for 2,5 thousand dollars shortly before his disappearance. In addition, the student left relatives 14 notebooks, speckled with mysterious symbols.

Parents of Borges say that he was a fan of Giordano Bruno, since the Italian philosopher of the XVI century was one of the first who suggested that life outside our planet exists.

The young man asked his father and mother to finance his research project, but refused to disclose the details of his work. The student’s mother says that he was always one of the best students in the class and distinguished from his peers by an extraordinary mind and gift of persuasion.

The police of Rio Branco continue to search for the hunter of the aliens.