In California, we saw the aurora borealis 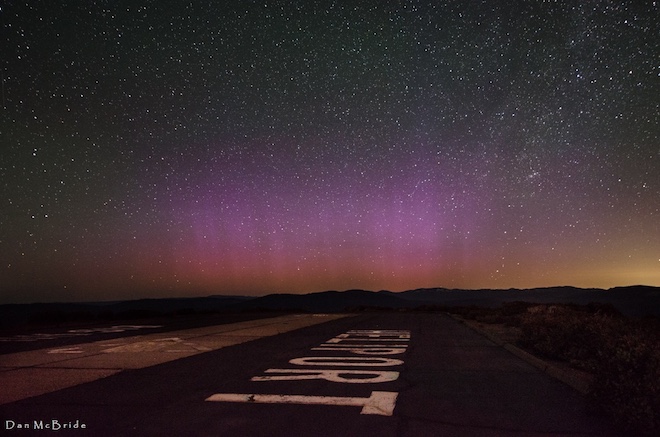 Compared to many other impressive photographs of the geomagnetic storm on May 28, this picture may seem boring. But there is one interesting fact: it was made in California.

“I saw a warning about a magnetic storm at 23:00,” says photographer Dan McBride. – When the K-index reached 7, I left my house and went to the helipad in Big Hill Lookout, west of Lake Tahoe. The radiance was barely discernible, but after the first test shot I realized that I had caught purple poles from California – at a latitude of 38.8 degrees. ”

Polar lights in California are rare and remarkable. They can be observed with the naked eye, usually only a few times in a decade. The May 28 glow was special, also because solar activity is currently tending to a minimum. Although sunspots are scarce, and flashes are weak, this did not prevent a strong geomagnetic storm from erupting. The coronal mass ejection that caused the auroras over California this weekend was thrown to Earth by seemingly insignificant magnetic reorganization in the Sun’s atmosphere.