In Canada, a sea lion grabbed a child and dragged him under the water 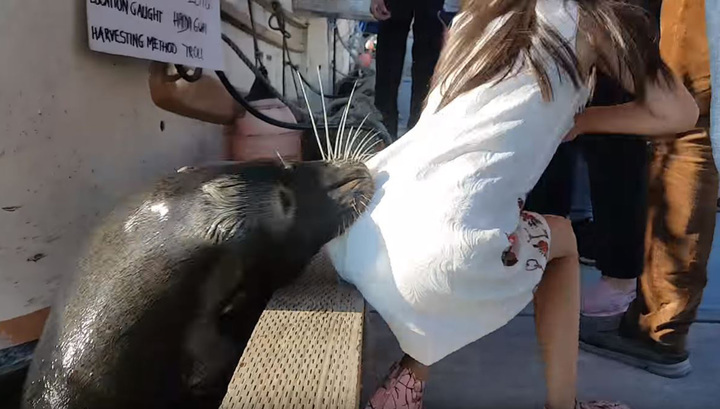 A video appeared on the web, like a sea lion attacking a little girl. The incident occurred in Canada, British Columbia. The animal jumped out of the water in a second, grabbed the child and dragged the girl into the water. To help her rushed family members and passers-by. As a result, the child was saved. The man who had jumped for her first gave the baby to the people standing on the shore, after which he climbed out with them. Victims of the attack are not reported.