In Cuba, a monkey-pig was born 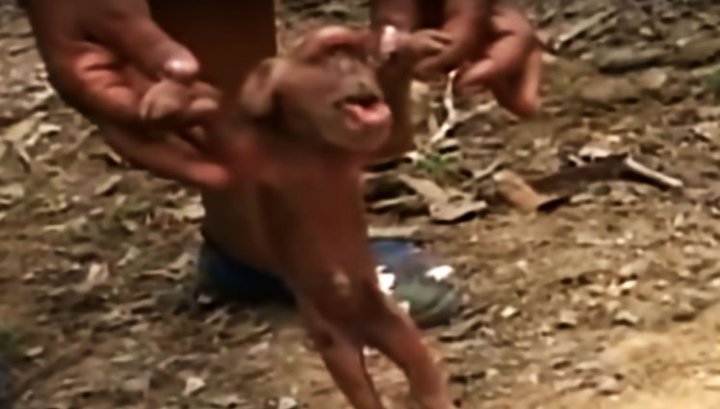 The farmers from the Cuban province of Pinar del Río were born an unusual piglet. He has one eye and a brown stubble. Strange kid reminds a monkey. Pet became a local celebrity, look at him coming from the surrounding villages. The other nine brothers and sisters “monkey-piglet” look normal, reports Metro.

The owners of the animal put it on the hind legs for joint photos, so the one-eyed pig even more resembles the primate. According to veterinarians who examined the pig, he became a victim of a genetic mutation. A strange kid lives and feeds next to his brothers and sisters. He is absolutely healthy and feels great.