In Germany, the pig walks the cat 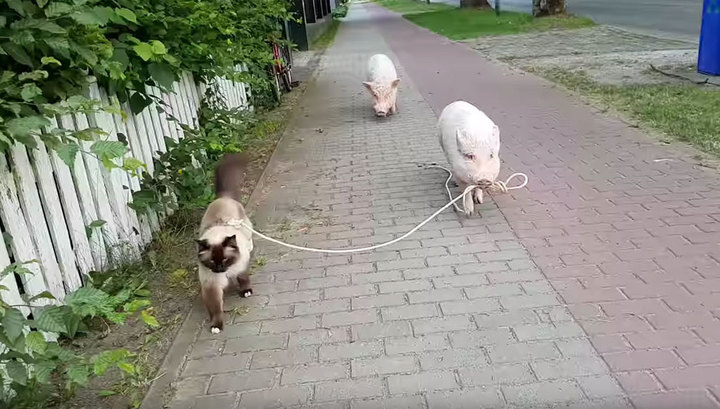 The Network posted a funny footage, which depicted as a pig by the name of Maurice was walking his cat Leonardo. The action takes place in Germany, the owners of animals filmed their walk on video.

Originally Leonardo was walking Moritz, but then the pig decided to take over the leadership and he took his four-legged friend on a leash.