In Holland, caught a two-headed monster 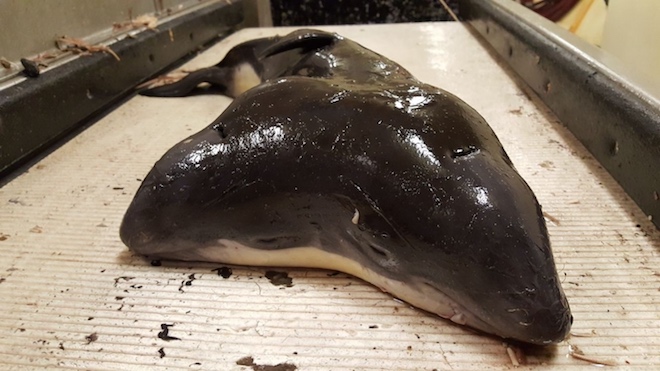 In the cold waters of the North Sea, trawlers often get out of the water depths unusual things. Most often – garbage. Sometimes – sea pigs or dolphins. But on May 30, 2017 near the port of Hook van Holland, a fishing boat pulled in its nets a creature that had never before been seen by man – a sea-pig with one body and two heads.

An animal photo was taken to Erwin Kompagnier, a mammal curator at the Museum of Natural History of Rotterdam. And he was just shocked!

Even today, in the age of science, this creation may seem to people a two-headed sea monster. Companie, however, realized that before him the Siamese twins of the sea pig. “Earlier, only 9 cases of intergrown twins among cetaceans were known,” says Kompagnier, who has been studying dolphins, whales and porpoises for 20 years. “Even ordinary twins are rare for them; In the womb of mothers, there is no place for more than one cub. ”

The few samples found were underdeveloped embryos. For example, a double monster, who had one head and two bodies, found in the dolphin’s womb in Japan in 1970. In 2011, the young fish in the Mediterranean Sea were caught with two beaks, but it was already partially decomposed.

But the pictures of the fishermen who saw the Compagnie showed that the two-headed sea pig – although dead – was in excellent condition. The brothers (since the scientist determined that they were males) should only have been born, since the dorsal fin has not yet risen. Tiny hairs that disappear shortly after birth were visible above the fin on two muzzles. “I think they were born alive,” said Kompanyer. But the life of the brothers did not last long. They either drowned, because two brains told the body to swim in different directions, or their only heart could not pump enough blood. 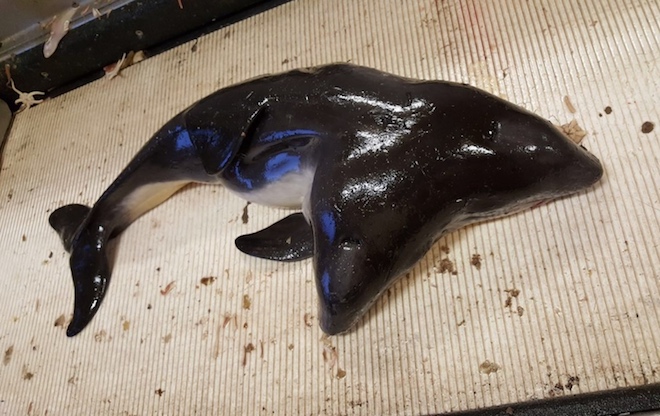 Compagnie wanted to fully examine the Siamese twins and place them in the museum. But it turned out that the fishermen threw out the find, frightened that it would be illegal. Fortunately, previously they made 4 photos of an amazing creation.