In India, a construction worker crushed a tiger-killer with an excavator 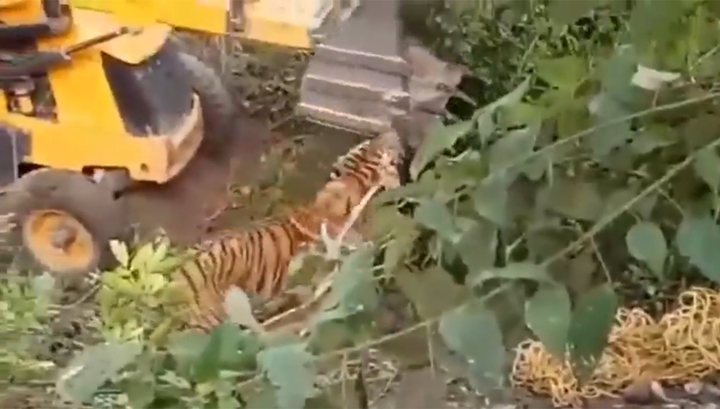 Builders who worked in the oldest Indian national park Corbett, crushed a tiger-killer by an excavator, who tore up two visitors to the reserve this year. Initially, the animal wanted to simply stun and deliver it to the local zoo, but the impact of the bucket of construction equipment was fatal for the predator, reports NDTV.

On the frames published below, it is captured how the construction worker sitting in the excavator is laying a deadly blow to the tiger. It is reported that a few minutes before a dangerous animal shot a dart with a tranquilizer.

Builders shout: “Davi it!” And run to the unconscious tiger with a net. The predator died on the way to the zoo, the excavator caused him a fatal injury to the spinal cord. At the beginning of the year, the visitor to the reserve and her father-in-law became victims of the tiger.