In Mexico, found the fossilized remains of a fly 90 million years old 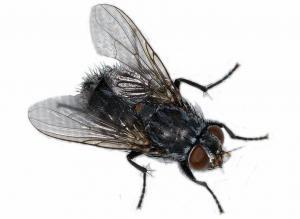 In the territory of the municipality of Tsimol in the north-eastern Mexican state of Chiapas, archaeologists have discovered well-preserved fossilized remains of a fly, the age of which is 90 million years.

“It is rare to find well-preserved fossil remains of insects that existed millions of years ago,” said Mexican researcher Gerardo Chanon, who works at the State Museum of Paleontology.

According to him, the found specimen of the fossil insect belongs to the family bombyliidae – flies-buzzed from the detachment of Diptera. They existed in the Cretaceous period (it began 145 million years ago and ended 66 million years ago).

According to the director of the Museum of Paleontology, Marco Coutinho, fossils are not supposed to be presented to the public taking into account the archaeological value of the specimen. However, soon the visitors of the exposition will be shown pictures of a fossil insect.