In Mumbai there were dogs of blue color 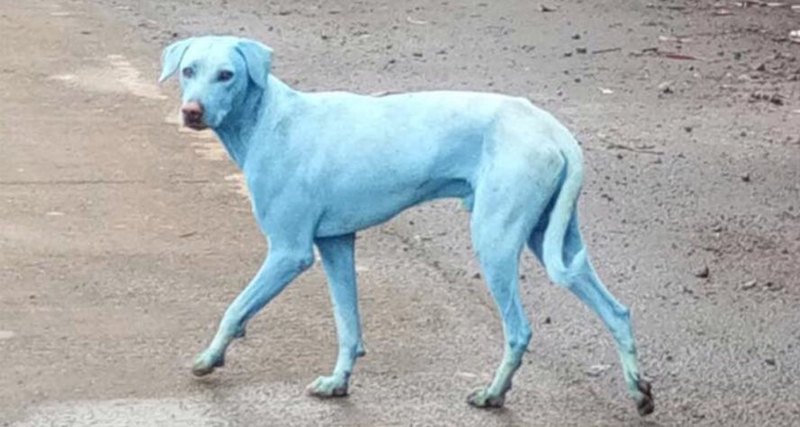 Recently in the Indian city of Mumbai began to notice dogs with bright blue wool, the newspaper Hindustan Times (HT) reports. Well, the sight is very unusual. However, the origin of such dogs is rather sad. Local animals often swim in the river Kasadi. Apparently, the reason for this strange color is strong water pollution. The latter is caused by the discharge of waste into the river by enterprises located along it. And as a result of this level of pollution Kasadi has become of little use both for flora and fauna, and for humans.

Some experts believe that local dogs searched for food in the water, and eventually collided with chemicals. And they “painted” their hair in such a color.

Zoo protectors warn that such an environmentally unfriendly environment could adversely affect not only the dogs: it could happen with birds, reptiles and other creatures living alongside the pond.

The authorities of Mumbai said that the pollution level of Kasadi exceeds the norm by 13 times.

It was reported that one of the dogs with blue wool was blinded. The animal will be given a blood test to understand how the dye has affected his health.

All detected dogs with this color will undergo treatment and will be released on recovery.