In poor countries cut down forests due to cocoa 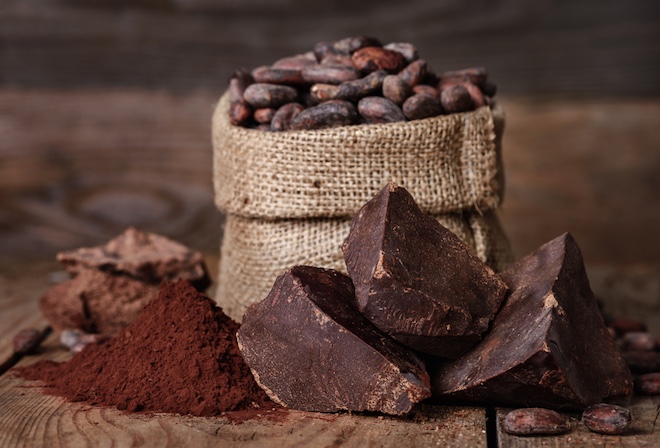 According to the World Cocoa Foundation, annually more than five million family farms in developing countries, such as Côte d’Ivoire, Cameroon, Indonesia and Brazil, produce about four and a half million tons of cocoa beans. Ghana and Côte d’Ivoire alone supply more than 70 percent of cocoa to world markets.

Cocoa, like coffee, is the export product that is almost completely consumed by developed countries. At the same time, raw materials for the production of chocolate – cocoa beans – are grown (with rare exceptions) only in the less developed regions of the world, such as West Africa, Asia and the countries of Central and South America. Here, the domestic demand for a product, on which their economy largely depends, and consequently the well-being of individual families, is extremely small. Therefore, everything goes for export.

However, in the production of this luxury product, a number of serious social, economic and environmental inequalities arise. According to a journalistic investigation conducted by the reporter of the BBC channel Paul Kenyon (Paul Kenyon), in the supply of cocoa beans from developing countries, cases of human trafficking and the involvement of child slave labor are not uncommon.

In addition, many small farmers who live by growing cocoa beans live in poverty. The farmer receives no more than 3 percent of the price of each chocolate bar and, in fact, as the researchers say, the more chocolate consumed by people in developed countries, the more affected the less developed regions.

The study by Professor Mark Noble from the University of Lehigh (USA, Pennsylvania) also showed that with the increase in cocoa exports from developing countries, the deforestation area also increased, and this dependence is directly proportional.

The scientist notes that earlier the impact on the forest production of chocolate was considered to be minimal. However, with a sharp increase in demand for this product in developing countries in the last 20 years, “agricultural strategies have changed and there has been a devastating trend towards deforestation.”

Mark Noble explains that the increased demand for chocolate, changing weather conditions and falling prices for cocoa beans in recent years led to the active introduction of the practice of cultivation of monoculture – the agricultural practice of growing only one type of agricultural products over a large area of ​​the earth from year to year. A similar trend is observed in the sphere of coffee exports.

Studies have shown that when countries seek to achieve economic growth through the export of crops and become excessively dependent on it, negative social and environmental consequences arise. According to Mark Noble, “consumer habits in developed countries, such as the US, often have negative environmental consequences that are felt far from us.”

“Too often, this environmental damage is not reflected in the price for which these products are sold, and this illustrates that underdevelopment is an active process, not a chronic disease,” says Mark Noble.

In March 2017, the International Group on Sustainable Development, founded by the Prince of Wales and cooperating with the World Cocoa Foundation and the Sustainable Trade Initiative, launched the Cocoa and Forests Initiative. Its goal is “to stop deforestation and forest degradation in the global cocoa supply chain,” with a primary focus on the situation in Côte d’Ivoire and Ghana.

The initiative has already been signed by 12 leading world chocolate companies, including Ferrero, Godiva Chocolatier, Inc., Mars Chocolate, Nestlé, Lindt & Sprüngli Group and The Hershey Corporation. This is the first collective initiative to address the problem of deforestation.