In Quebec, Canada, the whale nearly ate the boat 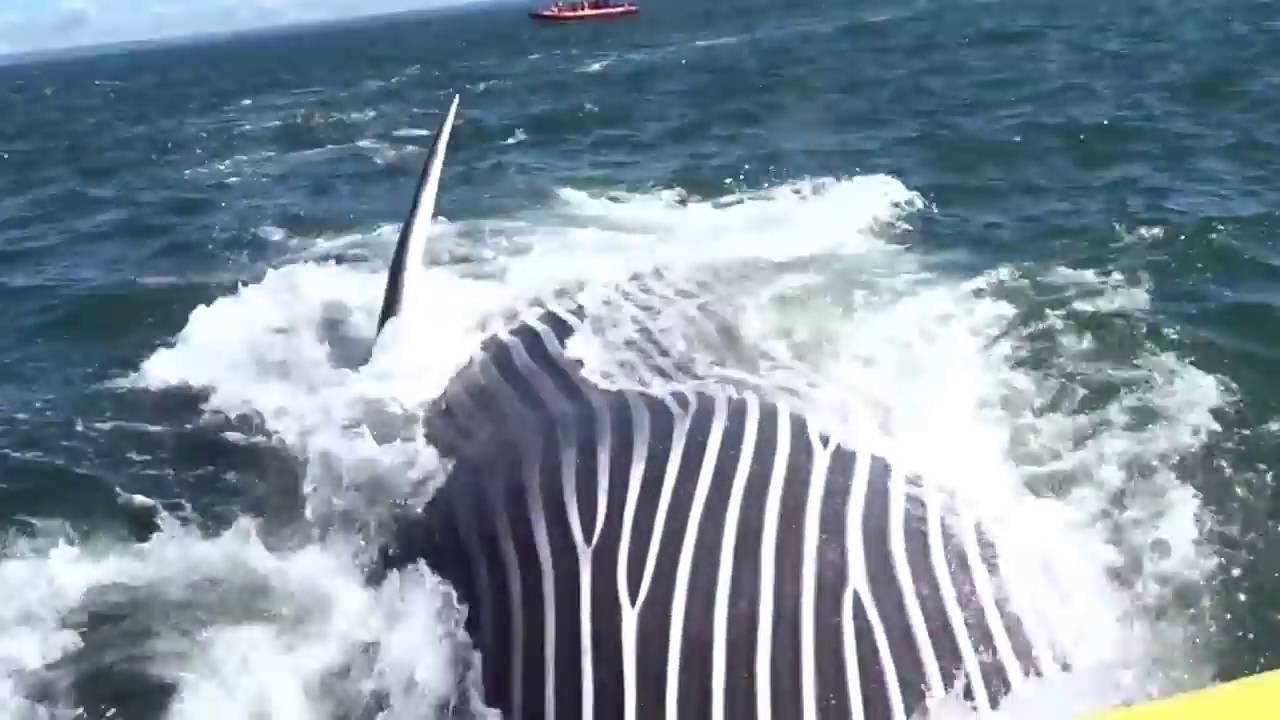 Tourists who visited Quebec (Canada) to see the whales from the boat, got what they were driving for. The giant whale not only appeared before them, but also hardly ate them.

Eyewitnesses filmed a video and laid out on Youtube, as a giant mammal swam up close, maximally opened its mouth and disappeared beneath the swimming device. Of course, such a dangerous approach to the animal caused a certain amount of fright and delight at the same time.

Video quickly gained popularity in social networks. For a couple of days since its publication, it has been watched by about a million people.

A less popular video shows the event from a different angle: there the whale appears a little more suddenly, and its mouth seems simply huge.