In Romania, a poisonous lake appeared on the site of the village 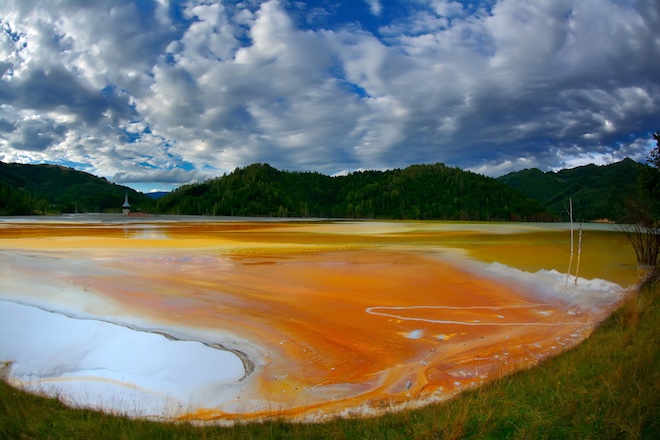 In central Romania there is a large copper deposit, bringing the country about 11 thousand tons of non-ferrous metal per year. However, when it is developed, the strongest poison is cyanide. When the “gold mine” was only opened, the toxic waste was decided to merge into the valley where the village of Jamna was located.

So on the site of the settlement a poisonous, but very beautiful lake was formed.

The deposit was discovered in the 70s of the last century. Then in the village lived about four hundred families. The management of the enterprise asked them to move, promising to provide nearby new housing and compensation, but fulfilled its promises only partially. Since people left their native land, toxic waters began to fill the valley by about a meter a year.