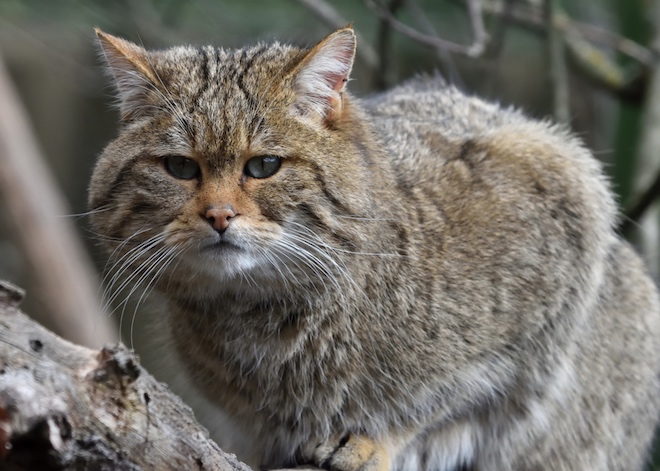 One of the largest forest cats in history was noticed in the Scottish city of Aberdeen. The beast received a sonorous nickname Клаэшиндарочский an animal – under the name of a wood where it was embodied by a video camera.

Scientists estimate that the cat reached a length of 1.2 meters from the nose to the tail. The shooting was conducted in the framework of the Scottish Wild Cats Conservation Program Wildcat Haven. In the possible places of their habitation traps are arranged, and every time the animal passes by, the camera records the video.

The program specialist Kev Bell says: “I was lucky to get a video of several cat-ghosts; they are from 10 to 15 in Clashindarroche. It is said that there are no more forest cats, but we know that this is not so, and the Beast is the proof. ”

Steve Slay, another Wildcat Haven employee, adds: “These cats are an important part of the nature and ecology of Scotland, and they need to be protected wherever they live; they are one of the rarest animals in the world. ”

Behind the Clashindarrach beast will continue to follow, as well as for the populations of forest cats in Caithness and Lochabere, where the project started 10 years ago.