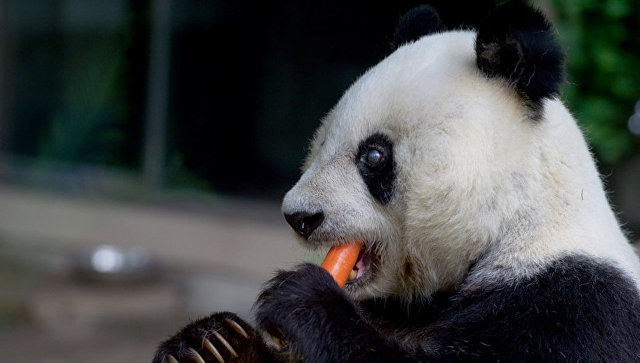 Wild Panda ate a goat in a village of Sichuan province in southwest China. The incident occurred on Wednesday in Leshan. Local residents noticed the Panda that came down from the mountains near Mupin, where he wandered for about 20 minutes, then attacked the goat. Later in the Internet appeared the photographs of bloodied bones.

After receiving information about the incident, the staff of the forest Department went to the scene of the incident and collected samples of feces of pandas.

On the same day in Leshan noticed another wild Panda, however, according to local residents, she was relaxed and just resting in the bushes. In the forest Department said that the animals returned to the forest.

According to China News, the hashtag “wild Panda ate a goat” scored nearly 1.75 million views on wave hotel. Many users were surprised that the Panda can eat meat.

According to experts, despite the fact that most pandas are herbivores, their ancestors ate meat, and this instinct has survived in modern animals.

The giant Panda is an endangered species and is located in China under the special protection of the state. Sending these animals to different countries has become a tradition, which is often called “Panda diplomacy”.