In Tanzania, a herd of elephants that fell into a ditch 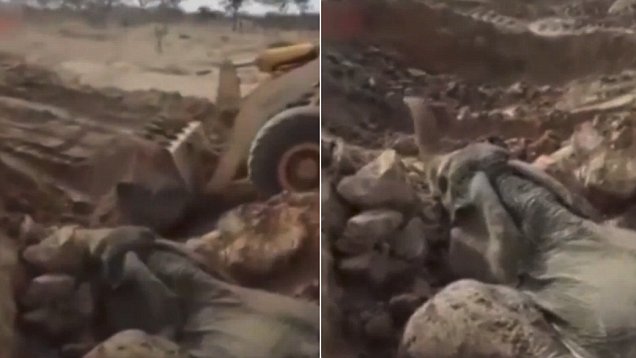 In Tanzania, to help a herd of elephants who fell into a ditch and could not get out of there, came construction workers from China who dragged the animals out with a bulldozer.

The group of animals, which consisted of three adults and two elephants, was found in distress on September 27 by local residents in the territory of the Rungva Reserve in the center of the country. Elephants were so exhausted by thirst that they could hardly move, according to the Daily Mail.

The witnesses of the drama reported about the incident to the employees of the Chinese company Sinohydro, who were working about forty kilometers from the reserve, and asked for their help.

The company, with the permission of local authorities, sent to the scene a team of engineers with construction equipment. As a result of a five-hour rescue operation, four out of five animals were helped out of the ditch by pushing them out with a bulldozer. Unfortunately, one of the elephants still died from dehydration.