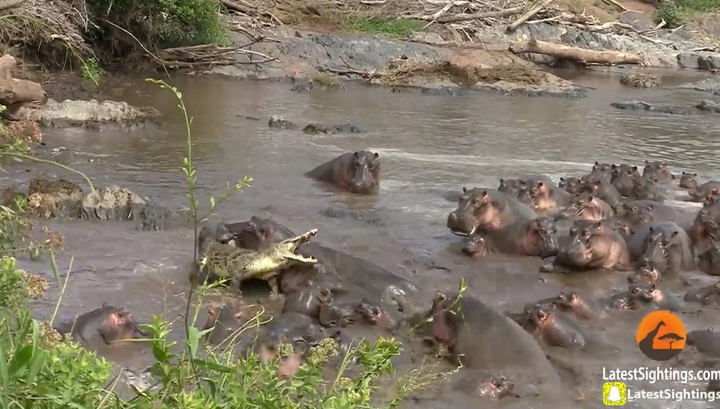 On the Internet there was a video of a fight between a herd of about thirty hippos and a crocodile that was shot in the Serengeti National Park in Tanzania. Surprisingly, the reptile remained as a result of the fight alive.

The recording was made by 71-year-old photographer Harish Kumar who traveled through the park as part of a group of tourists from Holland, Latestsightings.com reports.

Tourists were next to the famous “Hippo Pool”, in which there is usually always a large number of these animals, when Kumar’s wife drew his attention to some action taking place in the pool.

As it turned out, right in the middle of the herd of several dozen hippos was a large crocodile. The hippopotamians did not like this neighborhood very much, and they began to trample on the aggressor and toss him from side to side, grabbing his jaws.

Kumar managed to capture a significant part of what happened on the video, until the moment when the crocodile still managed to reach the open water and escape from aggressive hippos.