In Thailand, a robber robbed a grocery store 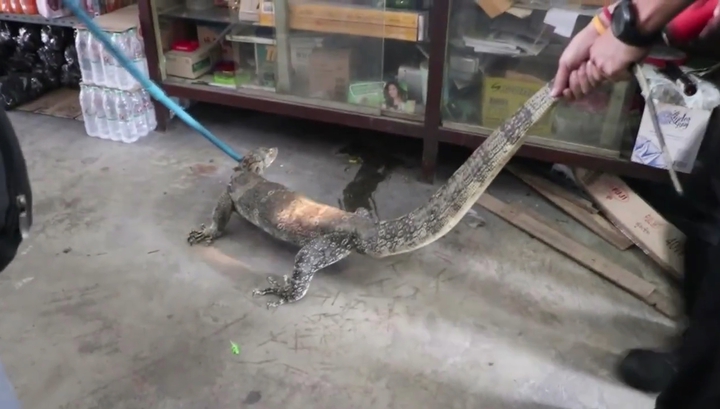 In Thailand, the owner of one of the grocery stores discovered a lamb in the room, with an appetite devouring dry pasta. The lizard managed to catch only experts in trapping animals.

An unusual raid was carried out on October 10 on a bench in Chachengsau, in the north-east of the country. According to her owner, 50-year-old Chu Chituphum, noticing a 1.5 meter high lizard in the pantry, she ran out with a shout, reports UPI.

The woman summoned specialists for the capture of wild animals. Those had to pull the monitor out from under the cabinet with a special pole and tie his paws. The process of catching reptiles filmed on a mobile phone.