In Thailand, rescued a fallen in a well elephant calf 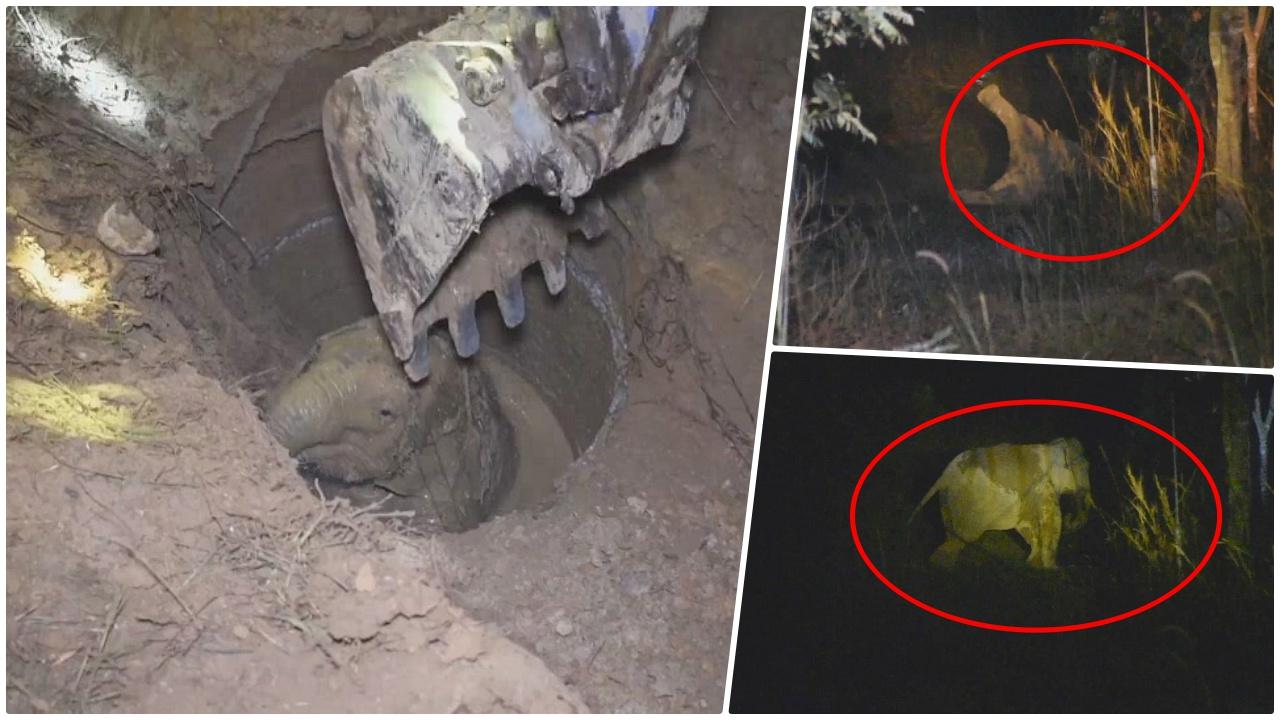 In Thailand, rescuers conducted an incredible operation to release an elephant, which fell into a narrow well.

Due to the drought in the east of the country in the province of Chanthaburi, wild elephants are forced to go beyond their usual routes and approach settlements. So, the family of elephants got to the territory of the farm. It was there that the elephant fell into the well.

Employees of the company called the rescue service. While rescuers were trying to get the baby out, the locals had to drive the elephant away from the operation site, which was tearing to its child. She stumbled on dangling wires and, among other things, received an electric shock. Meanwhile, rescuers had to destroy the well and with the help of an excavator, literally dig a trench, through which an elephant could get out.

The kid was so scared that, having already got out of the trap, he began to rush to the bucket of special equipment. In the end, all came to their senses, the family reunited and fled into the forest.