In the New York bay the whale swam away 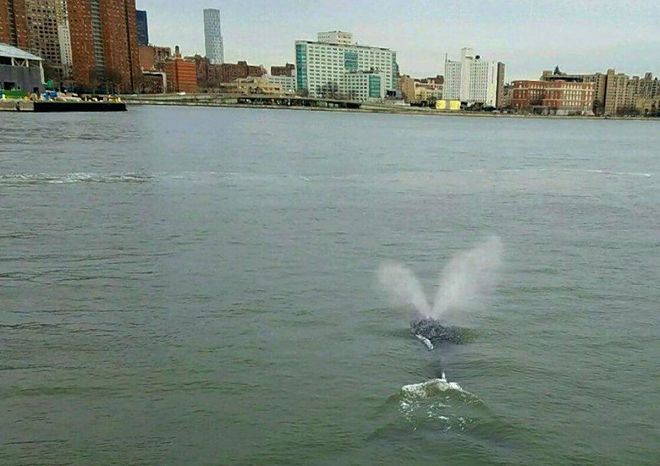 The police officers patrolling the New York bay placed photos of a whale who was noticed in the passage East River.

Pictures of the unexpected guest placed in the account of police department of New York in Twitter in the morning on Saturday when the city was going to meet New year by fireworks.

The whale swam along the coast of Manhattan. Having studied photos, police officers came to a conclusion that “tourist” belonged to a species of humpback whales.
One such горбач was noticed in East River last month.

The coast guard usually notifies seamen when to the loaded waterways whales come. It “allows a whale to be a whale” and to prevent collisions.

Last month in Hudson River observed whales at least three times. Not clearly, whether there were it separate individuals or the same animal.
On November 17, 2016 the whale made a cruise along a ferry route Staten-Aylend.