In the Philippines caught a giant squid 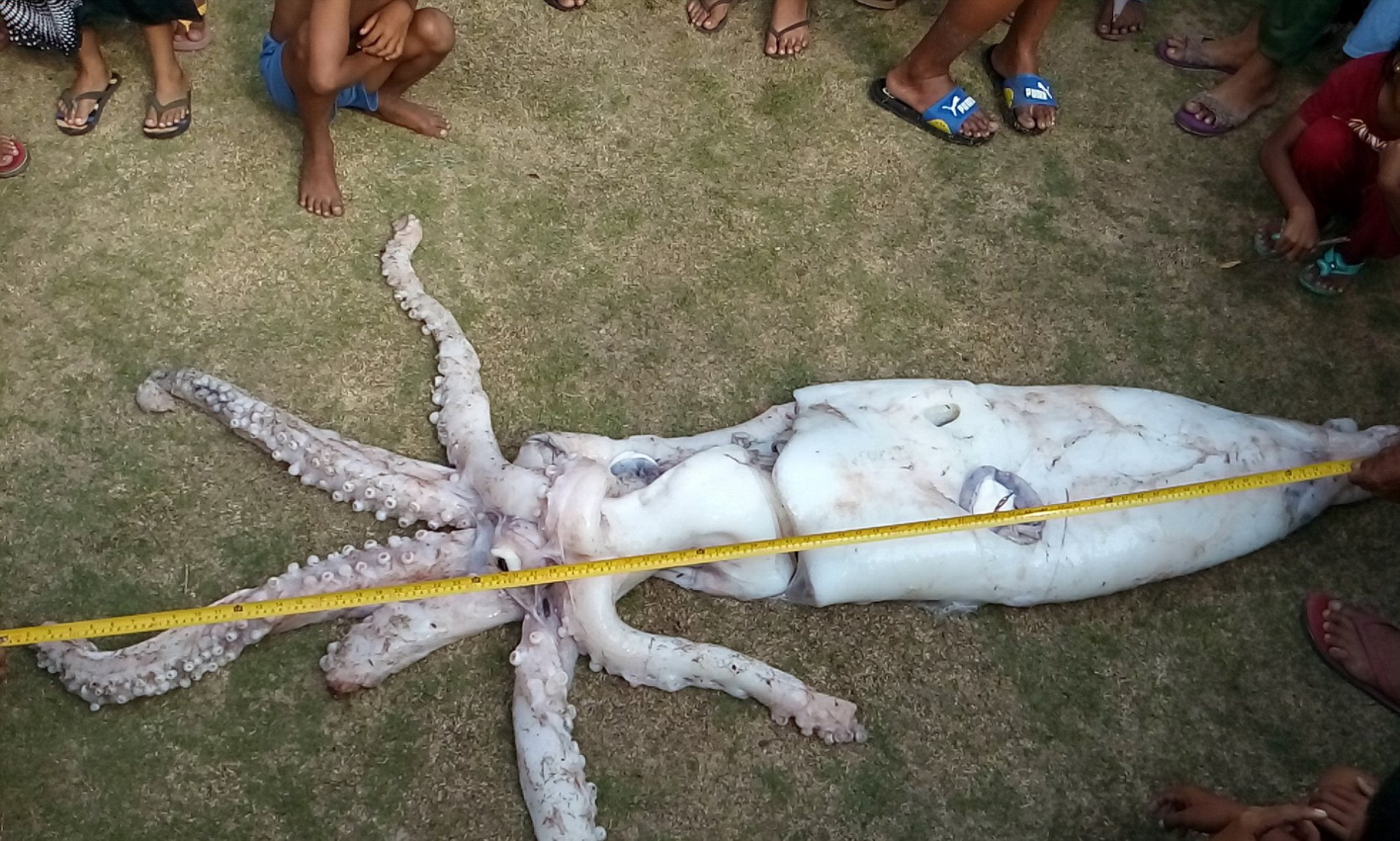 In the Philippines, caught a squid, which you can feed the whole village. The length of the mollusk, which was caught in the island province of Tavi-Tavi, was 2.5 meters – more than human growth.

For the scale of the Filipinos even made an indicative photo: the squid lying on the ground was photographed next to the man. And the shellfish was bigger! The width of the squid, measured by the locals, is 45.7 cm, almost half a meter.

Fishermen note that such a large squid has not been seen here yet. It is possible, however, that in the coastal waters, even larger mollusks live.