In the sky over Antarctica electric blue clouds have lit up 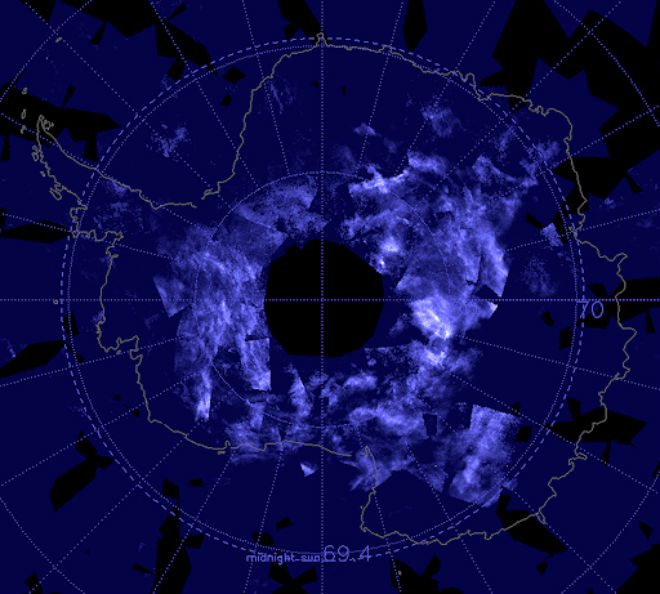 The spaceship of NASA of AIM has imprinted in the sky over Antarctica the flaring electric blue clouds. The ring was created from bright silvery clouds around the South Pole. In this picture the type of clouds is presented on November 24.

“This season of silvery clouds has begun on November 17 and is similar for 2013 when the earliest season of the southern hemisphere in the history of the record CIPS of data has been registered” — Cora Randall, the member of the scientific AIM group in Colorado State University, the USA says. The early start of a season of 2016 wasn’t surprise at all. In the Southern hemisphere polar stratospheric winds have passed to their “summertime” early enough this year. 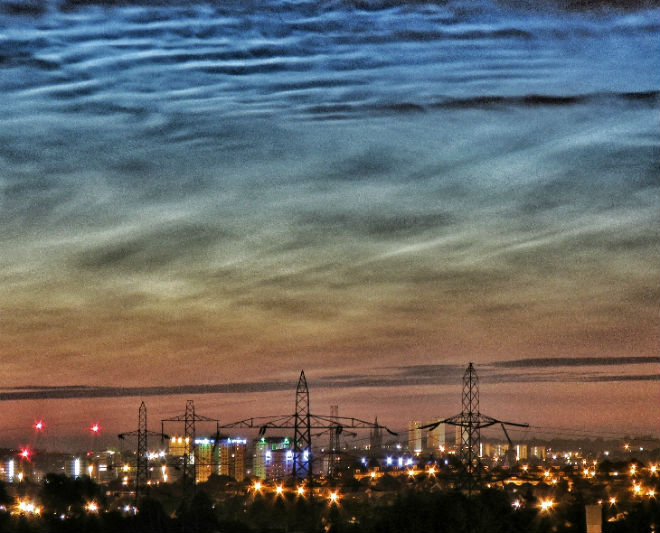 Silvery clouds which are called sometimes the night shining clouds are the highest clouds of Earth. These are very cold, extremely rarefied and filled with tiny crystals of ice clouds soaring at the height about 80 kilometers over the surface of our planet. When sunshine pass through these ice kristallik, clouds gain the saturated shining blue color, well distinguishable in deep twilight.