In the south-west of England observed clouds similar to UFOs 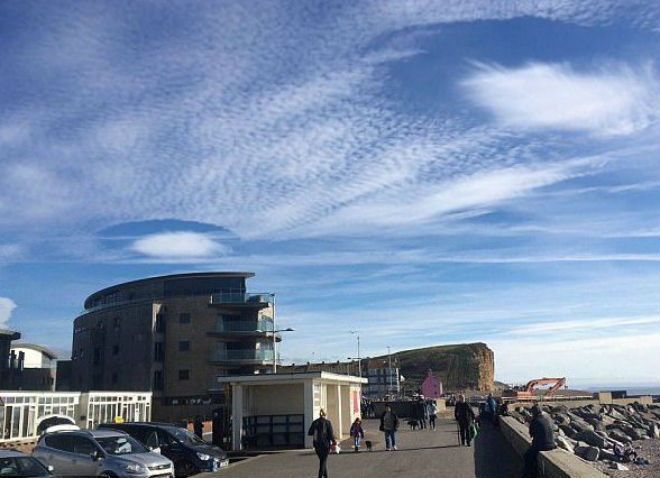 A rare atmospheric phenomenon, known as the “perforation” of clouds, which creates a gaping hole in the cloudy sky, is often mistaken for the invasion of alien visitors.

An amazing sight appeared in the sky over the village of West Bay on Wednesday afternoon. Photographer Lena Copeland managed to capture this unusual atmospheric phenomenon in the photo.

According to him, there were only two clouds in the sky that resembled a UFO, then one of them disappeared and left behind something resembling a feather. 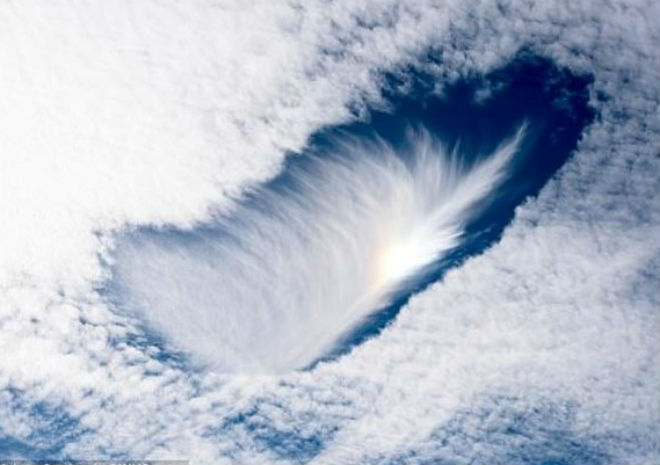 Such “cutouts” in the cloudy sky are usually formed after the aircraft flies through cold air masses and clouds, leaving a trace of ice crystals behind it. Crystals of ice “eat” droplets of water. When they increase in size and become heavier, they begin to fall, creating a gaping hole. This may take several hours after the flight of the aircraft.