In the stomach of giant coryphaeans, 32 turtles 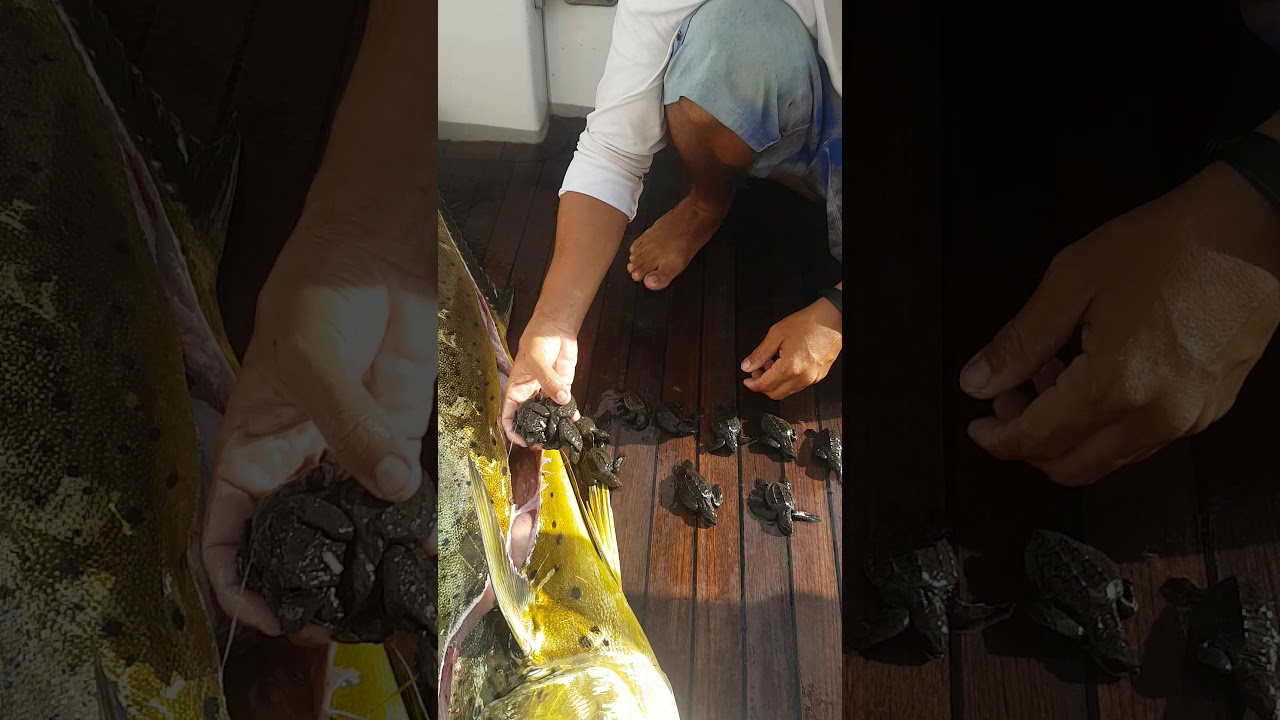 Fishermen from Costa Rica discovered in the stomach of a large koryfen, dozens of small turtles.

On the shots you can see how a young man cuts a huge fish belly and pulls out a sea turtle from there. However, she was not the only victim of the coryphaea – the man continues to take the cubs one by one. In total 32 small turtles were found in the stomach of the fish.

Fish, apparently, had lunch just before she was caught, but it was no longer possible to save her victims. At the end of the video, the fisherman gestures that all the turtles are dead.

A large duck, or a golden mackerel, is 1.5 meters long and feeds mainly on fish, crustaceans and squid. This species is considered to be one of the fastest on the planet.