In the UK, an acid rainbow 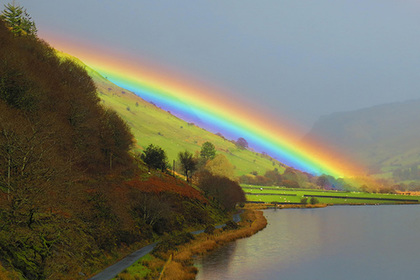 According to Kane, he always removes unusual natural phenomena, which he notes in his region. “I posted a picture on social networks, and they told me that it was processed in a photo editor. But I’ve been shooting for a long time and I never even thought of using Photoshop, “the photographer said.

Earlier in March, an unusual natural phenomenon was observed in Crete. The Greek island was covered with African dust, brought by a strong southern wind, the sky over the island was painted in an orange-red color. Residents have to wear masks to go out into the street, or even stay indoors. “Because of weather conditions, Crete has become more like Mars than the Mediterranean island,” – noted the local press.