In the UK, they installed the first marine dust collector for cleaning the sea from plastic 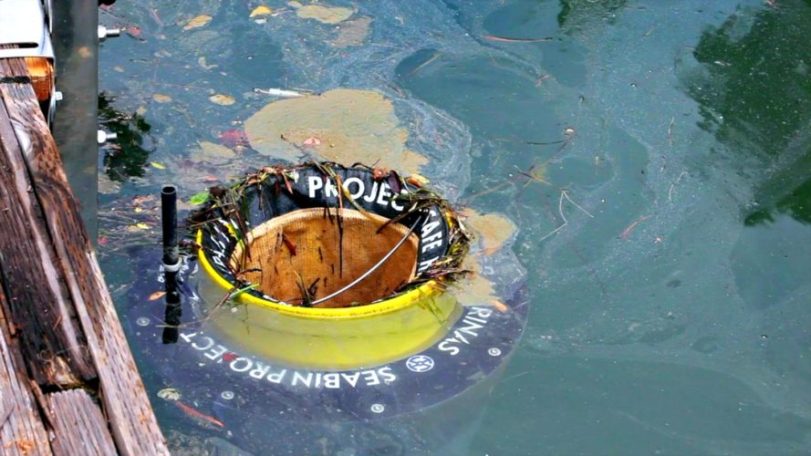 Millions of tons of garbage fall into the world ocean every year. The Portsmouth harbor in the UK will fight this problem with a device that takes plastic waste, oil, and other contaminants out of the water.

Every year, 8 million tons of plastic waste are dumped into the world’s oceans. In the past, garbage was mostly organic, but now it is dominated by plastic. To combat this problem, a marine waste collection was proposed, and the first such device was launched in the UK.

The device is a kind of basket made of fibrous mesh and an external pump. It is designed to collect pollutants of all sizes, up to particles of 2 mm in size. He is even able to collect oil.

The first operating marine dustbin was installed this month in the Portsmouth harbor in the UK.

“Of course, now we can not catch everything, but this is a positive start,” says device creators Pete Seglinsky and Andrew Turto in an interview with the Huffington Post. “It’s a big task, but it can be done.” In fact, we are already doing it ”

The dust collector flows through itself a stream of water, while the garbage is caught by a grid. The project website reports that the device can delay up to 1.5 kilograms of garbage per day, with a capacity of up to 12 kilograms. Estimated, each janitor is able to detain half a ton of garbage per year, which is equivalent to 20,000 plastic bottles or 83,000 packages.

The technology seems so promising that the authors were able to raise $ 260,000 for the development of the project through the IndieGoGo crawfunding platform.

Sales of the device is scheduled to begin in November. If his work in the UK is successful, it will attract attention and create demand.