In the United States photographed the rarest pink dolphin 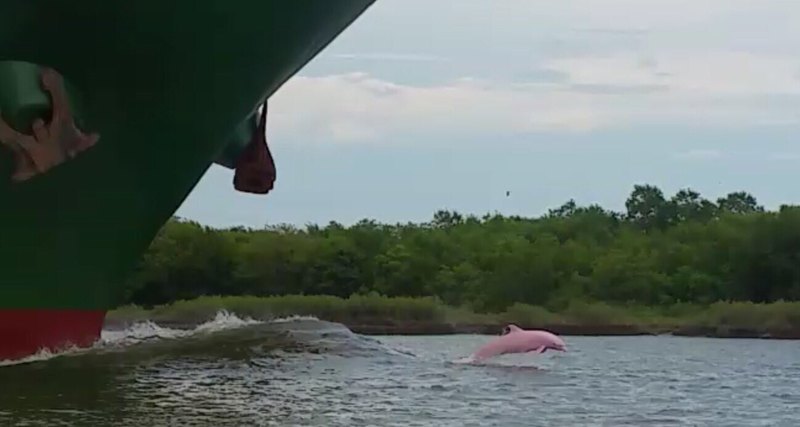 In the shipping channel in Louisiana (USA), a surprisingly rare creature – a pink dolphin – got into the camera’s lens.

Bridget Boudreaux and her husband traveled on a cruise ship when she suddenly saw a group of dolphins playing in the water. Two of them were pink. Surprised, the woman almost fell into the water: this is really not every day. In an interview with Khou TV, Bodro said that photos and videos can not convey those impressions.

In Louisiana, pink dolphins met before, albeit very rarely. For example, in 2015, Captain Eric Rue (Captain Eric Rue) again met a Pink Dolphin Dolphin named Pinky, with whom he had been “familiar” since 2007.

Pink dolphins are extremely rare. Why they have such color, it is understandable not to the end, but this is probably due to the form of albinism or a rare genetic mutation.

If you look closely at this video you'll see the pink dolphin that was spotted near Lake Charles on Saturday. Full story at 10 on #khou11 pic.twitter.com/sWUCzckEKx