In the US, fatal fungal infection spreads 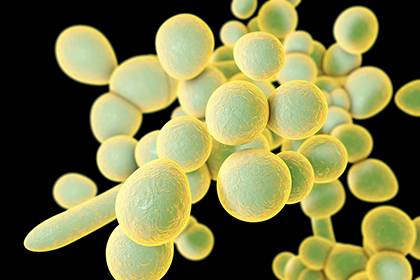 In the United States began to spread nosocomial infection, caused by the fungus Candida auris. Mortality from it reaches 60 percent, to fight it there are no drugs. This is reported by New Scientist.

According to the Centers for Disease Control and Prevention (CDC) of the US Department of Health, a fungal infection struck 53 people, most of them residing in New York State. In three other states, where the disease was recorded, 27 healthy carriers of Candida auris were found.

Local fungal infection leads to the appearance of a bleeding wound and leads to a complete cessation of the functioning of the organ associated with it.

The main victims of Candida auris are people with weakened immunity, in particular patients with diabetes mellitus, who are on dialysis or who have undergone organ transplantation. Fungus is practically not dangerous for a healthy person, but it can become its carrier. As a rule, Candida auris is distributed in medical institutions when a sick person contacts a healthy person.

Candida auris was first detected in 2009 in Japan. Since then, it has been found in Canada, Colombia, Germany, India, Israel, Kenya, Kuwait, Norway, Pakistan, Spain, South Africa, South Korea, Britain and Venezuela.

Between May 2013 and August 2016, the first 13 cases of fungal infection in the United States were reported. Since then, according to the CDC, the incidence has jumped three times.

Scientists note that in fungi and humans there are many common metabolic pathways, as a result of which toxic compounds for the first compounds are also dangerous for the latter. This makes it difficult to develop antifungal drugs that can fight Candida auris. Over the creation of drugs are currently working in the UK, Sweden and Japan.