In the US, it was allowed to turn dead people into fertilizer 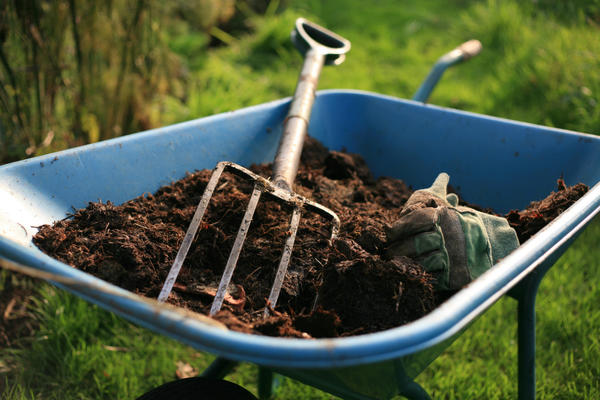 Washington state authorities were the first in the United States to legalize a new way of dumping people – in the form of compost. In California, Silicon Valley entrepreneurs buy forests to fertilize trees with cremated ashes. According to some scientists, the remains of the deceased should be used with greater environmental benefits.

In 1999, the Swedish biologist Suzanne Viig-Masak patented a method for producing humus. Organic material is cooled in a special chamber with liquid nitrogen to a temperature of about 190 degrees Celsius. Then grind in a mill or ultrasound and re-freeze.

Then the material is placed in a biodegradable container, such as a peat pot, and buried in the ground to a depth of 25 centimeters. Soil bacteria finish the job. Nearby it is recommended to plant a plant whose roots themselves will reach the fertilizer.

So you can recycle any organics: household waste, the corpse of an animal or … man.

This idea arose in the wake of crematory scandals in Sweden. Environmentalists were worried about emissions of mercury in the atmosphere, formed during the burning of dental fillings. Given that seventy percent of Swedes are cremated, anxiety is not without reason.

In the book “Cadaver. How the body serves after science for death,” journalist Mary Roach assesses freezing – drying the remains as very promising. The technology was supposed to be introduced in 2003, but something went wrong.
Promessa, founded by Wiig-Masak to promote innovation, was liquidated in 2015. And since March of this year, the patent is not supported. Nobody bought it.

To turn the dead into compost was proposed in 1998 by Tim Evans, a graduate of the University of Tennessee in the United States. He experimented with a real corpse and was pleased with the result. After that, he turned to the authorities of Hawaii and China, where he was very tough with the ground under the cemetery. The idea is not appreciated. As Roach writes in his book, people are too conservative for this.

Maybe now the situation has changed? Entrepreneur Katrina Spade launched the Recompose project in 2014 to offer more eco-friendly funeral services. The deceased is brought to the memorial complex and turned into compost.
The technology of rapid composting (decomposition) is well known to farmers, who thus get rid of dead animals. Soil scientists from the University of Washington, led by Lynn Carpenter-Boggs, have modernized it.

They conducted experiments with six corpses bequeathed to the university for the benefit of science. The body was placed in a wood chip capsule. Water and sweet solution were poured in, heated to 55 degrees Celsius and aerated to create conditions for the reproduction of thermophilic bacteria. Also added some chemicals that bind heavy metals.

The capsule rotated, mixing the contents, the microorganisms bred, and after a month the compost would be ready. As the authors assure the technology, as a result, everything is processed, including bones and the remnants of drugs, such as antibiotics.
Spade claims that this technology is much more environmentally friendly than burial in the ground or cremation: the remains decompose quickly, without releasing the filtrate into groundwater, there is no carbon dioxide emissions from fossil fuels, like in crematoriums.
The company received wide publicity, and on May 21 of this year, the Washington state authorities signed a law allowing for burial in the form of compost.

Tree instead of grave

Three years ago, Silicon Valley businessmen founded the firm Better Place Forests to buy forest areas and sell the right to bury the ashes of a cremated person under a tree. For a fee, the ashes are mixed with chemicals, getting the usual fertilizer.
The first plot opened in the forest of Mendocino County, on the Pacific Coast. Century redwoods grow there. Entrepreneurs believe that such a memorial complex is much more pleasant, environmentally friendly and durable than ordinary cemeteries. After all, sequoias live for 700 years.

There are enough arguments in favor of new ways of burial: the shortage of land for cemeteries and even columbariums in many countries and large cities, the high cost of land, the incompatibility of crematoria with current environmental standards. Nevertheless, funerary innovations have difficulty making their way even in Europe, the locomotive of the green movement.