In the US, they have banned the use of the phrase “climate change” 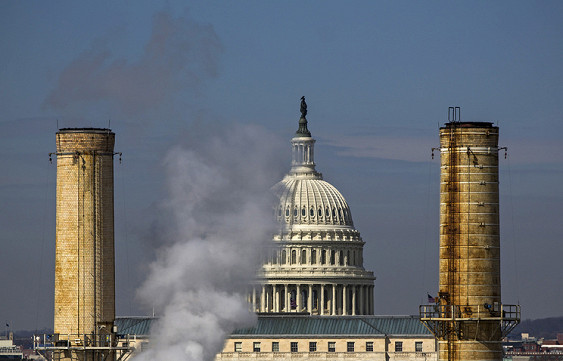 The leadership of the US Ministry of Agriculture banned the employees of the Service for the Protection of Natural Resources to use some formulations in the work, including the term “climate change”.

This was reported by the newspaper The Guardian with reference to the correspondence of the ministry employees who came to her disposal.

The phrase “greenhouse gas reduction” and “carbon sequestration” were also banned. Instead of the term “adaptation to climate change,” employees were instructed to use the phrase “resistance to extreme weather conditions.”

According to the publication, the terminology was corrected shortly after the inauguration of US President Donald Trump, who repeatedly expressed doubts about the scientific validity of the concept of global warming. He believes that combating climate change could result in large economic losses for the country.

“The documents shed light on the censorship Trump conducts in relation to science for his own political steps,” said Meg Townsend, a lawyer with the US Center for Biological Diversity, commenting on the correspondence, whose opinion leads The Guardian.

The center itself sued the US Ministry of Agriculture in order to oblige the state institution to publish information on censorship.

June 1, Trump announced that the US is withdrawing from the Paris climate agreement. The treaty was concluded in 2015, it is designed to prevent an increase in the average temperature on the planet by 2100 by more than 2 degrees Celsius in comparison with the pre-industrial era and thus prevent possible irreversible consequences of global warming.