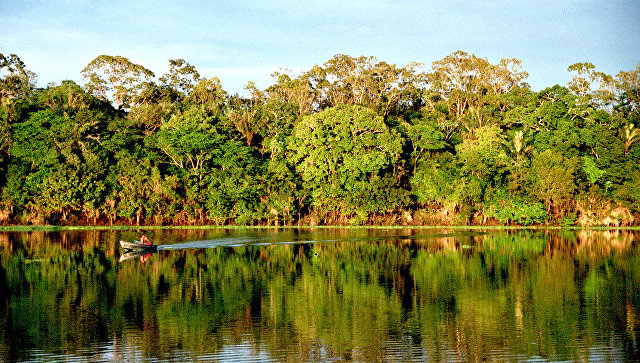 The Brazilian photographer Ricardo Stuquert has managed to receive pictures of the Amazonian tribe avoiding contacts with the outside world.

Pictures have been taken in the Brazilian state of Acre on border with Peru, the case has allowed to receive them. The helicopter in which there was Ricardo Stuquert has changed a course because of heavy rain and it has appeared over the territory where there live Indians.

By estimates of scientists, this tribe totals about 300 people. They are engaged in hunting and fishing, grow up bananas, sweet potato and a peanut. The name of the tribe isn’t known to scientists.

“They never came into contact with someone, we have no idea of language on which they speak. Fortunately, we don’t know it. When we learn it, they will begin problems” — the expert in the field of indigenous people of Brazil Jose Carlos has noted Meyrelles.

“They know of existence of our world, but they know about him very little” — the Meyrelles has added.

In 2014 one of similar tribes has come into contact with a civilization. His representatives have told Meyrelles that they considered helicopters something magic, a huge bird, and didn’t suspect that inside there are people.

About 80 not contact groups live in Brazil, their existence is threatened by a drug mafia, illegal deforestation and mining more and more every year.