In Vietnam, live cockroaches with a halo on their heads 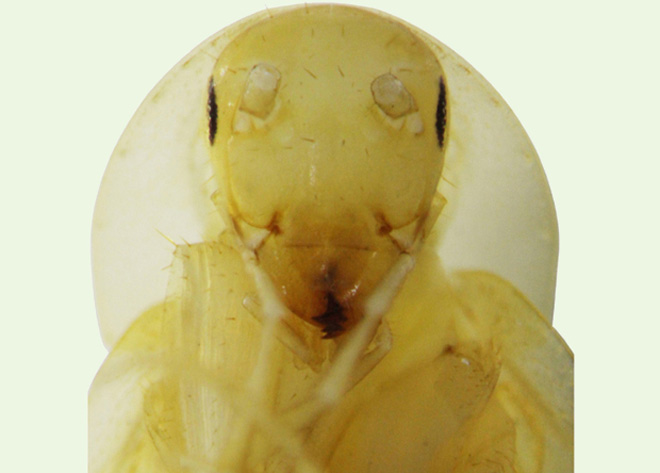 “Saint” cockroach was found in Vietnam, reports portal Nplus1. The large head of the insect is surrounded by a translucent “halo”. Another distinctive feature of the Vietnamese relative of the “Prusakov” is unusually long legs.

Representatives of the species Helmablatta louisrothi live in the cave Tan Fu, where they were discovered by Slovak scientists. The study of stomachs of cockroaches showed that insects feed on bacteria and fungi. This distinguishes them from other cave cockroaches, which give preference to the droppings of bats.

The most interesting assumption of entomologists seems fabulous. Scientists are sure that cockroaches are riding at-bats. This explains the bizarre appearance of insects – a translucent body 3 mm in length, tiny eyes, small wings that are unable to lift the cockroach into the air.

The head of Helmablatta louisrothi is protected by a “helmet” from the tergal gland, which is very similar to the halo. And also cave cockroaches are equipped with a claw and a hook. These devices are probably needed for bats and mating trips.
The smell of secret, which is secreted from the tergal gland, attracts females. And when the lady in love lends itself to the ruses of the male, he keeps her “helmet” and “claw”, not allowing the naive person to escape.