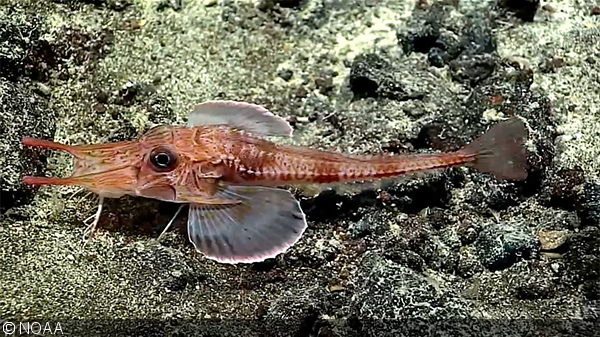 The last three weeks, the biologists on Board the ship “Okeanos Explorer” National oceanic and atmospheric administration (NOAA) plied the marine sanctuaries in American Samoa in the Pacific ocean. There scientists found many strange and mysterious creatures, reminding us of how little we know about life on the ocean floor.

From 16 to 26 February with the remotely managed device the researchers conducted several dives to find many biological attractions — from the “space” of jellyfish and clams to bipedal sea cocks and water venerini flycatchers.

The researchers also noticed a colony of sea creatures on sea and the mountains has documented a significant increase in active volcano Vailulu, the top of which is at a depth of 0.8 km below the sea surface.

But the most interesting discoveries that was made by scientists at NOAA.

One of the most incredible finds is a sea anemone a Venus flytrap. Like its terrestrial relatives, a huge sea anemone grabs prey with tentacles, or protected them. On the tentacles — stinging cells with microscopic harpoons that emit poison. Sea anemones are usually found in the Gulf of Mexico, but, as shown by this survey NOAA, they are found in American Samoa.

Examining podvodnoy mountain UTU, the researchers found the area weathered rocks, which probably formed from volcanic material that has broken from the crater walls and slid down the hill. This place is now a home to many sea creatures, including chrysogorgia Telesto corals and brittle stars. 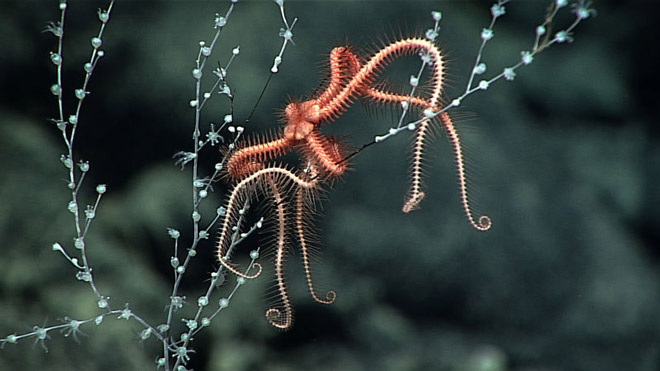 Also on the seamount, the Uta scientists stumbled upon trachymedusae of rhopalosomatid, translucent creature, like a UFO. Her reproductive organs — bright yellow color, digestive system red. Two sets of tentacles — some of which are looking up and others down — they help to catch the prey. 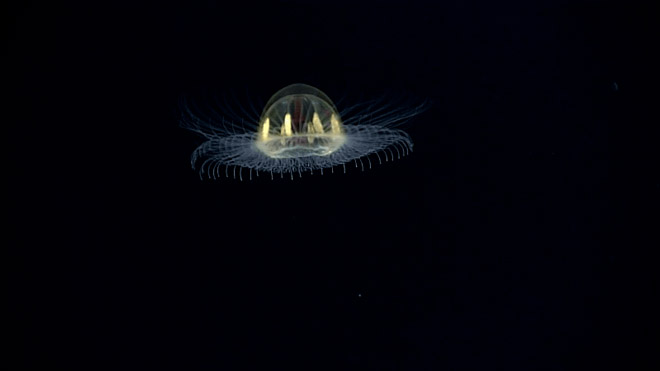 This armored Trigla, or gurnard, uses modified fins as legs to walk along the seabed.

Hydroid floats on seamount Lease. This alien creature is a close relative of the jellyfish. The hydroids cling to the rocks using a two-level mouths with tentacles to grab food that floats by. 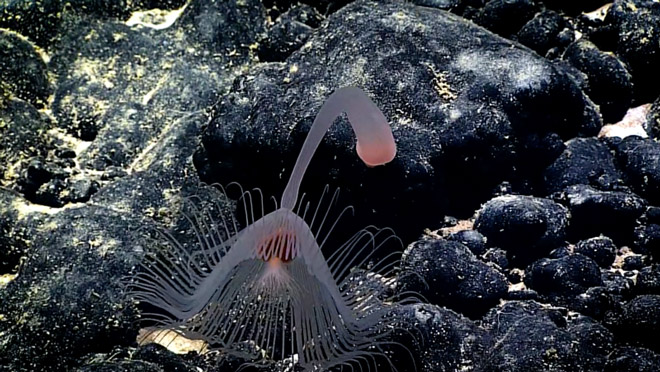 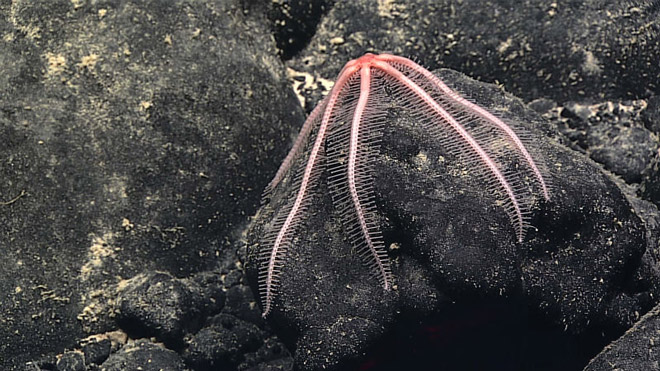 This skorpena was spotted on the seabed at a depth of 340 meters. 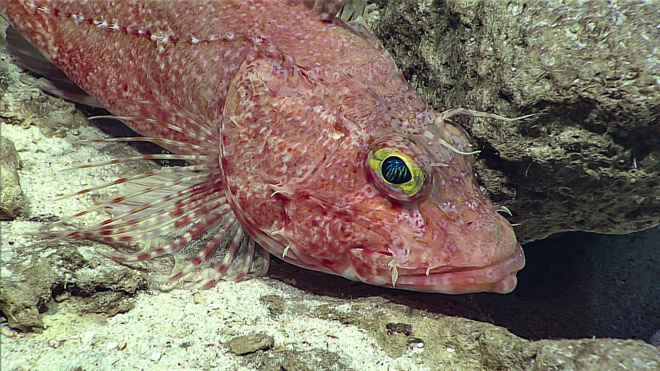 More photos and video from the last dive here.