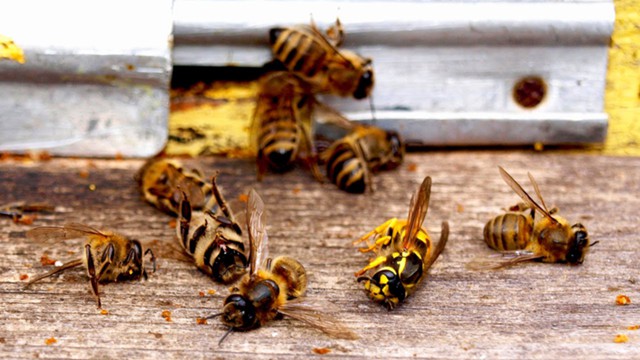 A new study related to the study of the problem of the sharp reduction of flying insects led scientists to the conclusion that “everything can collapse” if this trend continues.

The study of the number of flying insects in the reserves across Germany showed shocking data: insects were 75 percent less than they were 25 years ago.

This applies not only to flies, but also butterflies and moths, as well as bees that play a vital role in the human food chain by pollinating crops.

“Insects make up about two-thirds of all life on Earth, and there has been some terrible decline,” said Professor Dave Gulson of Sussex University.

“We, apparently, will have huge territories, unsuitable for most forms of life, and now we are on the way to an ecological Armageddon. If we lose insects, then everything will collapse. ”

Concerned scientists do not know why this is happening. Professor Gulson mentioned the so-called “windshield effect”, on which many drivers began to pay attention in recent years. If earlier during the movement of the car windshield immediately covered with winged insects, now this simply does not happen.

“This summer I traveled through the whole of France and came back, and I almost did not have to stop to clean the windshield,” he said.

Insects are not the most fascinating creatures in nature, but if their number falls at the pace indicated in the study – about 6 percent per year – then humanity will have to face a wide range of problems.

In addition to the pollination function, which is performed not only by bees, but also by most insects, they are the staple food for many animals, including birds, bats and frogs.

Beetles and wasps also play an important role by hunting for parasites, and generally “cleanse the ecosystem”.

It has long been known that farms where pesticides are widely used to protect crops from pests are not a hospitable place for most wild animals, be they birds, small mammals or insects.

“Modern agricultural landscapes are a hostile environment for insects – for them it is a desert, if not worse,” said Hans de Kroon of the University of Radbud. – And this decline is well documented. A big surprise is that this also happens in nature reserves. “