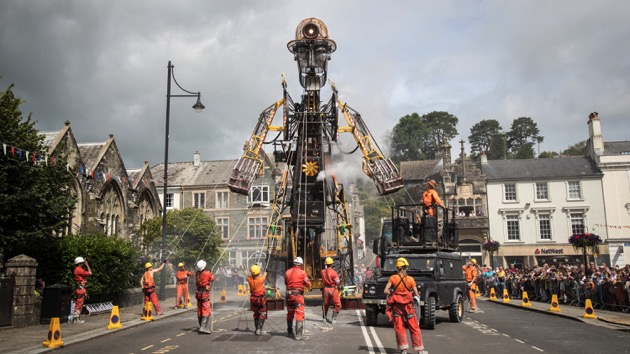 On one of the streets of the British County of Cornwall walked the giant iron miner. Amazing the installation was timed to the 10th anniversary of the introduction of the local mining landscape in the world heritage list of UNESCO. Height metal doll reached 10 meters.

The huge puppet was operated by the volunteers with the help of special ropes. The events were watched by hundreds of British. The puppet was built by the founder of Golden Tree Productions will Coleman. His firm has been involved in various cultural projects. Huge iron miner called “Human engine” (“Man Engine”).