Japan is preparing to puzzle the Pacific with radioactive waste 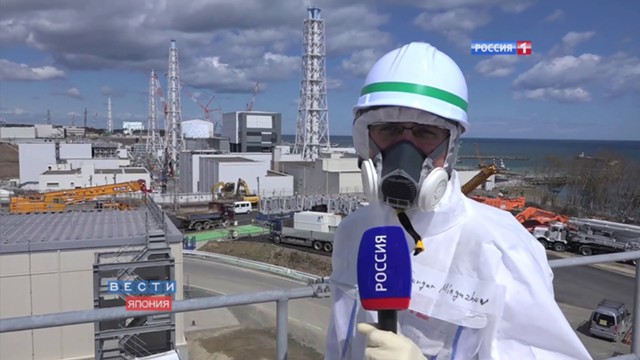 The Japanese government should prohibit the discharge to the Pacific of the liquid radioactive waste generated during the accident at the Fukushima-1 nuclear power plant, spokeswoman for the Foreign Ministry Maria Zakharova said.

“We are alarmed by the regular reports in the media about the intention of the Japanese company TERSO – the operator of the emergency nuclear power plant” Fukushima-1 “- to produce a large-scale discharge of liquid radioactive waste generated as a result of the disaster at this nuclear power plant into the ocean.

In particular, the statements made by the TERSO head Takashi Kawamura in July 2017, as well as the latest publications in a number of foreign newspapers, in particular the Independent and Japan News.

We believe that the government of Japan should prohibit the dumping of radioactive water into the ocean and find ways to safely process the waste generated by the Fukushima disaster. If Japan does not have such technologies, it could apply for assistance to the world community, “Zakharova emphasized.

This is “about hundreds of thousands of tons of radioactive water.” “We believe that such a large-scale discharge can cause significant damage to the environment and fish resources of the Pacific Ocean, which will affect Japanese fishermen, and possibly residents of coastal areas in general,” Zakharova said.

Russia does not exclude the possibility of transboundary damage. “The discharge of radioactive water can adversely affect the interests of fishing in our country and other countries in the region,” Zakharova stressed.

The accident at the Fukushima-1 nuclear power plant occurred in March 2011. After the earthquake off the coast of Japan, the station was struck by a tsunami. At the nuclear power plant, the power supply and cooling systems went out of power, after which three fuel units melted fuel, which burnt the protective shells of the reactors.

At the station, there were explosions of hydrogen and the release of a large number of radioactive substances, which led to the contamination of the adjacent area to the station. Restoration work is underway at the plant, decontamination of land is continuing.