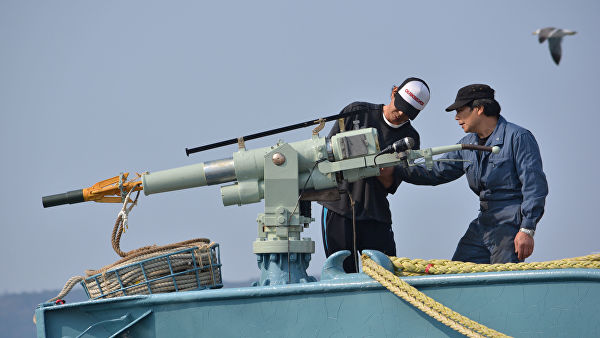 Japan officially leaves the International Whaling Commission and stops whaling in Antarctica and the North Pacific for scientific purposes. Instead, it will now be able to start commercial fishing in its exclusive economic zone of those whale species whose numbers are not in danger. So far, the quotas and types of whales, the fishing of which will be allowed, have not been made public.

Since 1988, Japan, as a member of the International Whaling Commission, voluntarily refused commercial whale fishing, reserving the right to fish for scientific purposes. All this time, the Japanese government attributed the appearance of a small amount of whale meat in stores to the fact that it is a kind of “by-product” of the research of whales, which require an indispensable study of the state of their stomachs, for which their killing is necessary.

In the past 10 years, Japan has been heavily criticized by environmental organizations, primarily Australian and New Zealand, for catching and killing whales. The explanations of the Japanese side that fishing occurs within the limits of the quota allowed by the commission were not taken into account. In the early 2010s, a serious war began with the use of water cannons and incendiary bottles between the Japanese whalers and the Sea Shepard organization.

In the last year of its membership, Japan tried to convince its colleagues on the commission that of the 86 species of whales, many are not on the verge of extinction and their fishing within reasonable limits will not affect their numbers. However, the organization was adamant. Then Japan went to the last step – announced its withdrawal from the commission, which automatically blocks its access to catching whales in the Antarctic and the North Pacific, albeit for scientific purposes, but instead opens up the possibility of “home” fishing in its economic zone , but in the quantities in which it deems necessary.

The history of the use of whale meat in Japan has about 400 years. It is often argued that at the expense of a limited area, Japan lacks plant and especially animal species of protein. Since ancient times, the natural source of protein in the diet of the Japanese was fish and whale meat as part of marine resources. The ban on fishing and fishing for whales, and even from countries that do not eat whale meat, is overwhelmingly perceived by the Japanese at all levels as an encroachment on national culture and dictate.

The only final concession Japan made before starting fishing is a one-day delay. She could formally announce permission to fish certain species of whales in her waters on Sunday. But Japan decided to postpone it until Monday, waiting for the end of the G20 summit, which was held in Osaka from June 28 to 29, in order not to expose itself – the country presiding at the forum – criticized by partner countries.