Kangaroo attacked a paraglider in Australia 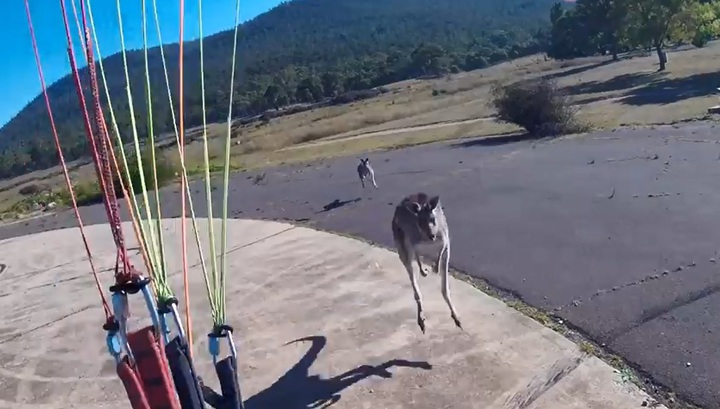 A paraglider from Australia took a video of a curious case of his participation that happened recently not far from Canberra, the capital of the Union of Australia.

The man decided to complete his flight in the Orroral Valley space tracking station area.

Immediately after landing, he was met by a pair of not very friendly kangaroos. One of the marsupials even attacked the alien from the sky several times, however, the paraglider managed to repel the attack and drive the animal away.