Leopard broke into the room to the newlyweds in India 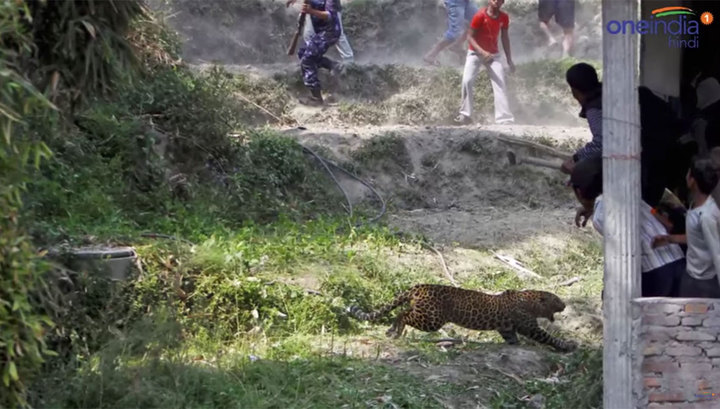 A curious incident almost turned tragedy occurred in one of the hotels in the Indian city of Nainital, state of Uttarakhand. In the middle of the night a wild leopard broke the window and entered the room to sleeping there for the newlyweds. Fortunately, the pair escaped with only slight shock.

Breaking the glass, the predator with lightning speed rushed into the bathroom. By Sumit Rathore and his wife Shivani was locked in leopard and have to wait for the arrival of the police. Later, the guards found that appeared near the hotel leopard drove his barking dogs. The terrified animal didn’t know better than to jump out the window of a hotel room.

However, to give up without a fight, the predator is not going. It is unknown how, but he managed to escape from the bathroom and hide in the woods. The guards said that were going to tranquilize the beast in the cage and out of the hotel.