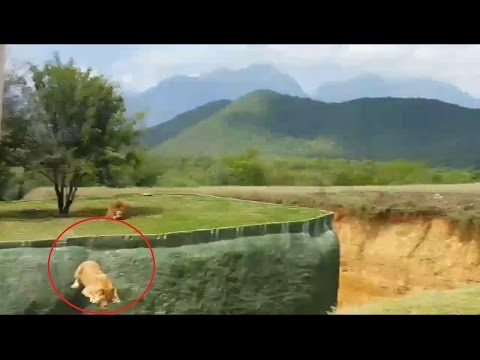 In a safari park in Mexico, a lioness attempted to attack tourists, but wrongly estimated the distance to her “victims” and fell into a trench, writes the Daily Mail.

Judging from the frames, tourists passing by began to tease the resting predator. Suddenly, the lioness tried to jump over the moat surrounding the animal platform, but failed. Tourists at first were frightened, but then they began to laugh at the awkwardness of the animal.

According to veterinarians, the predator was not injured.