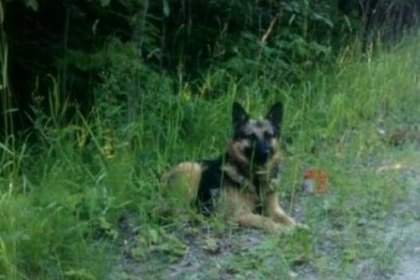 A dog that looks like a German shepherd waits for someone for the fourth week on the roadside in Karelia. She runs to the stopping cars and runs back, if people do not know her. This is reported by the page of the Fund for Animal Care “Guiding Star” in “VKontakte”.

“For such faithfulness the dog is already nicknamed Khatiko. In social networks, the opinion is expressed that the dog was simply abandoned, “the organization notes.

Zoo protectors feed the animal – leave it on the side of the bowl with water and food. Activists intend to take the shepherd to the city and find her new owners.

Khatiko – the already-named name of the dog Akita Inu, a symbol of loyalty and loyalty in Japan and throughout the world. The pet belonged to Professor of Tokyo University Hideasaburo Ueno, who lived in 1872-1925. Khachiko escorted the host to the station, from where he left to work, and then met him. The professor had a heart attack, and he did not return home, and the dog continued to come to the station for nine years. Hachiko’s story is told in the film of the same name with Richard Gere in the title role.