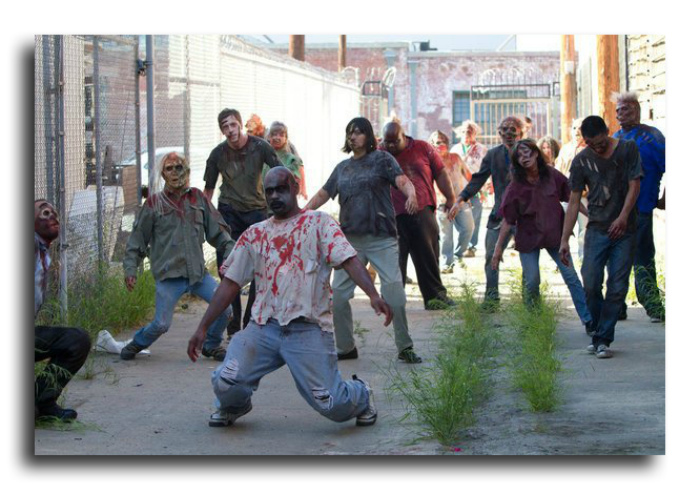 Safety hazards of the USA as it appeared, proceed not only from the international terrorism. In all seriousness the Pentagon develops measures of salvation from the zombie, aliens and a volcano Yellowstone.

On May 13, 2014 the Foreign Policy magazine published article in which it is told that the Pentagon developed strategy of protection of people on a case of the zombie apocalypse. The edition refers at the same time to the real-life document of the U.S. Department of Defense which is called “CONOR 8888”.

Specialists of the Pentagon carried out work on classification of the zombie on types and developed several scenarios of succession of events. The captain Pamela Kuntz, the representative of the Joint strategic command, confirmed availability of this document and its gravity.

However, according to Kuntz, the document is not the specific action plan VS of the USA, and only a hypothetical method for planning and working off of military scenarios.

The probability that we aren’t lonely in the Universe is rather high. Today scientists found 561 exoplanets in 470 planetary systems. In total in a galaxy the Milky Way about 50 billion exoplanets from which 2 million are “zemlepodobny”.

Cinema traditionally pays to a subject of alien invasion much attention, but also military don’t stay idle. If invasion happens, it is almost impossible to predict succession of events therefore it is necessary to prepare for it in advance.

Since 1971 in the USA the SETI program which is engaged in search of extraterrestrial civilizations works. The first station of tracking the UFO was created in Texas in a year after SETI start, in 1972, under the leadership of the colonel of Stanford. Since then the Pentagon not only develops strategy on invasion reflection, but also creates really mysterious aura seasoned with a kind share of “rumors in a version type” around the projects.

So, the former consultant of the Pentagon and the Congress Timothy Goode – 2 said in an interview of BBC that the ex-U.S. President Eisenhower met aliens on military bases and even got with them into mental conversations. As far as this information is true to tell difficult, but the fact that the Pentagon seriously considers “extraterrestrial threat” obviously.

In September, 2011 the Pentagon has declared that the world is waited by global climatic cataclysms. The expert of the Pentagon Paul Stockton and other military experts are sure that in the future the nature can become the main enemy of the person. Hurricanes which have brought many troubles of the USA, global warming, increase in level of the world ocean – the main potential responsible for possible cataclysms.

The only exit to avoid climatic disaster – to take it under the control. Creation of climatic weapon – one of the most perspective of the area of work of the Pentagon. Considerable fears also recently woken up volcano Yellowstone causes.

If there is his eruption, on Earth there will be environmental disaster, comparable to nuclear winter. Yakov Lyovenstern from the Yellowstone volcanic observatory (USA) has told that every time when the volcano was thrown up in the past (and there was it already three times), more than 1 thousand km ³ magmas outside got. It is enough to cover the most part of North America with a layer of ashes of various thickness. It is probable also that temperature on Earth will drop by 21 degree, and visibility for several years will become no more than 30 cm.