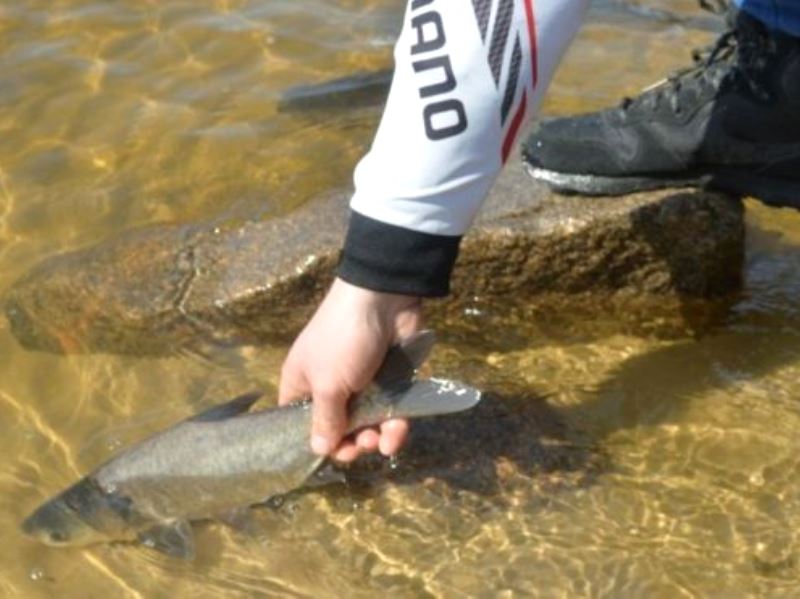 Male fishes in the freshwater rivers of Britain are becoming like females. To date, about 20% of river inhabitants have already changed their behavior: they have lost their natural level of aggression, they have lost the ability to compete, have lost the quality of sperm, and some even spawn. The reason for this – chemicals that fall into the water, reports the BBC.

British scientists in the rivers in the south of England found that chemicals that are washed off abundantly in the toilet bowls and shells of urban apartments, and then fall into rivers, cause very strange changes in the body of some fish, namely a cocktail of chemicals triggers a mechanism for changing behavior. Among the substances that can affect this change, the researchers refer to detergents, cosmetics, certain types of plastic, the ingredients of birth control pills and some medications. For example, drugs with the effect of antidepressants lower the level of usual fear in fish, and this already entails a change in the response to predators.

In addition, experts recalled that there are such types of plastics, in which the chemical formula resembles the female hormone estrogen in structure. Back in 2009, scientists from the US University of Rochester, based on observations and experimental studies, concluded that boys who were exposed in the womb to chemicals contained in some types of plastic were less interested in “male” toys, refused to participate in tough boyish games and Avoided fighting.