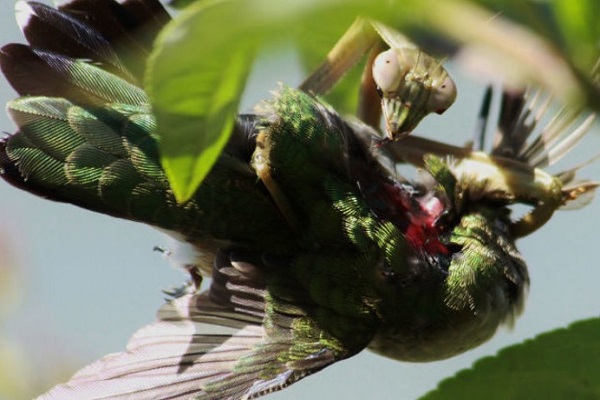 Biologists from Switzerland and the United States found that mantises hunt not only for other insects, spiders and amphibians, but also for birds, and much more often than previously known.

Scientists have established that small birds often fall prey to mantises. This behavior scientists have found in different species of these insects in 13 countries in different parts of the world. Most of these cases were seen in North America, where mantises often hunt for hummingbirds. About 150 cases of mantis hunting for these birds were recorded and described.

Victims of praying mantises are birds of at least 24 species belonging to 14 families. With powerful front paws, insects capture prey and hold it. Approximately 78% of hunting attempts for birds end successfully, in 2% of cases birds managed to escape. In the remaining 20% ​​of the birds rescued people.