Melting glaciers of Greenland: photo from a satellite with a difference of 30 years 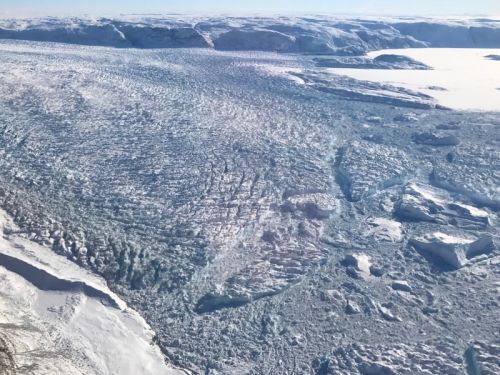 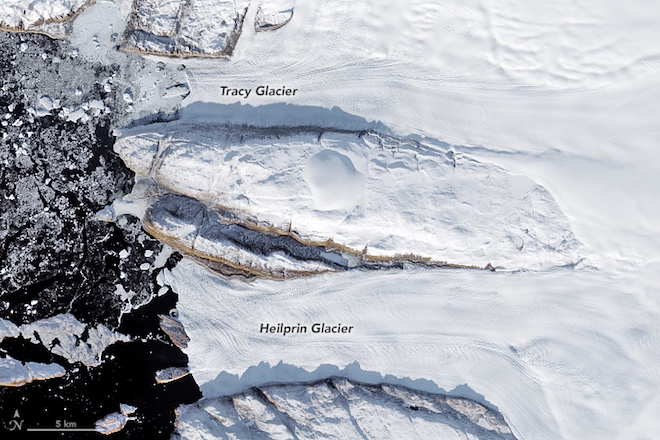 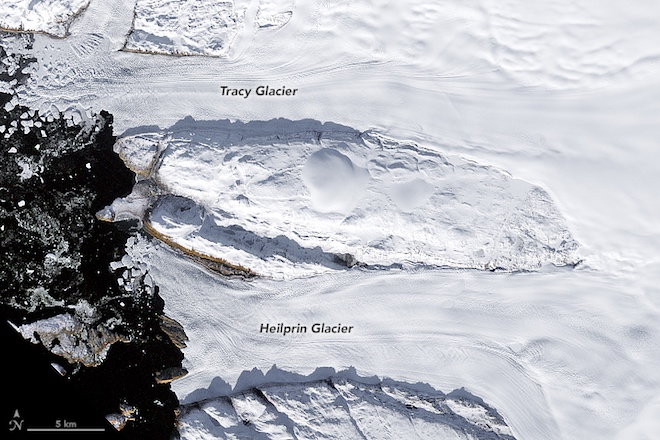 According to studies published in 2018, in the 21st century glaciers in this region have significantly retreated due to atmospheric warming. From the 1980s to the 1990s, the glaciers of Tracy and Heilprin retreated at the same speed – approximately 38 and 36 meters per year, respectively. But in the period between 2000 and 2014 the pace of their retreat sharply diverge: Tracy at this time decreased by 364 meters per year, and Haliprin – by 109 meters.

The difference is probably due to the way glaciers meet water. On the Tracy glacier, the sea waters of the 600-meter depth channel are exposed from below, which makes it more vulnerable to melting. Haliprin touches the shallow water, therefore it decreases more slowly.

NASA’s Oceans Melting Greenland (OMG) field campaign is aimed at studying the role of oceans in the melting of the ice of Greenland. At the same time, the glaciers of Heilprin and Tracy are among those whose condition is monitored annually from the air as part of the IceBridge mission.