Meteors and aurora borealis from the airplane window 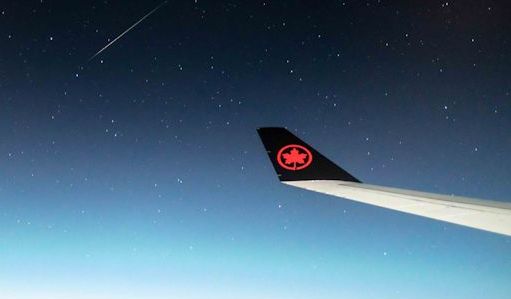 Last weekend, the Earth passed through two streams of cosmic particles – a small stream of solar wind and a dusty stream of meteoroids left by the comet 21P / Giacobini-Zinner. On Sunday morning, October 8, Adrian Maudiyut observed the consequences of both events from the window of an aircraft flying off the coast of Greenland. 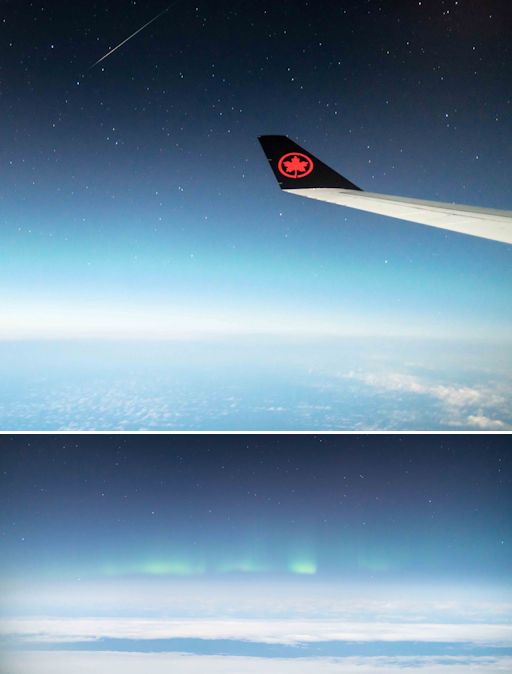 “I was at an altitude of about 12,000 meters above the Atlantic Ocean, heading from Canada to Europe. It was one o’clock in the morning at local time, when the lights appeared, “Adrian says. – The full moon eclipsed everything around, but despite this, a beautiful blue-green strip stretched across the sky. From time to time against the backdrop of a geomagnetic light show meteors raced – probably from comet Dzhakobini – Zinner, the source of the Draconids meteor shower. ”

“When I’m flying near the Arctic, I always take a place with a view to the north and keep the camera ready. At night on the plane you can see a lot of amazing things, you just have to look out the window! “