A very unusual submarine about ten meters in length and a strange design scared a group of divers who did not expect to see anything like that under water.

This unusual submarine suddenly appeared from the depths, passed by the divers and again disappeared into the depths.

Some web users who watched the movie, suggested that the submarine is intended for tourists. Someone even found it similar to the Waikiki Atlantis boat, which has the same wooden decking, railing and light body. 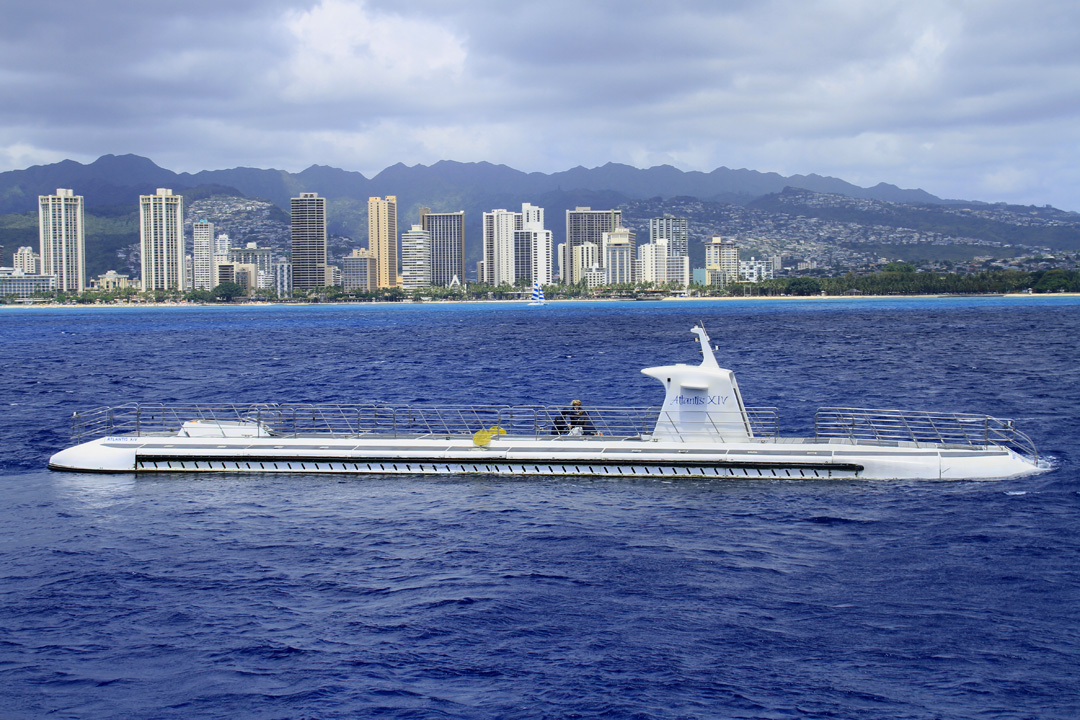