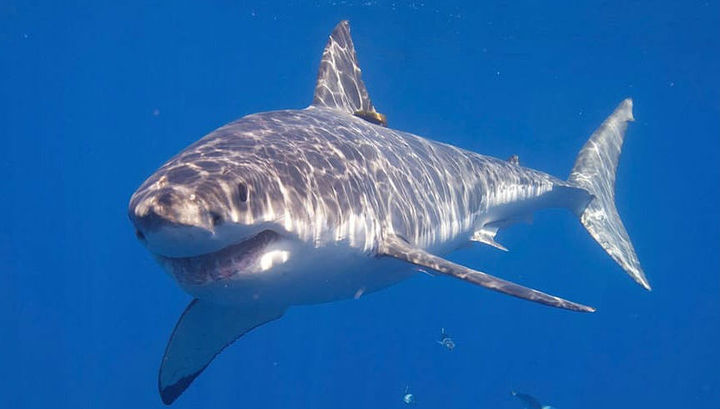 The shark sharks began to gather in large flocks off the American coast. Accumulations of predatory fish number hundreds of individuals. Usually representatives of this species are kept alone or swim in small groups.

According to experts, fish gather in giant flocks to eat plankton. They can also swim in groups, thus reducing energy consumption to overcome water resistance.

Such large clusters of giant sharks in the Atlantic Ocean are observed infrequently, but not for the first time. From 1980 to 2013, flocks of fish of this species were met 10 times in the north of the eastern coast of the USA from Nova Scotia to Long Island.

The record was set in November 2013 off the coast of New England, when the researchers managed to capture a flock of 1.4 thousand individuals.

Giant sharks in size are inferior among themselves similar only to whale sharks. Their length reaches 9 meters. They feed on such fish with plankton and, as a rule, are not harmful to humans.