Near the coast of Turkey caught a five-meter shark 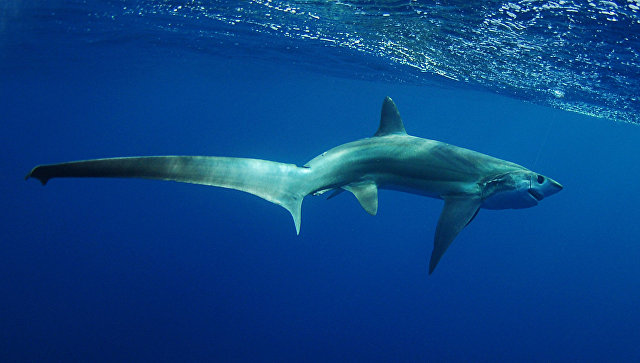 Five-meter fox shark caught in a network of fishermen in the Konyaalti district of the Turkish province of Antalya, reports Anadolu agency on Friday.

“The shark hit the nets two miles from the shore, at that moment there were foreign tourists on the yacht, we were very surprised, the fish weighing 200 kilograms was the biggest catch in my life,” said owner of the yacht “Ozzy jigging” Erturk Shahin, who Organizes sea walks off the coast of Antalya and is engaged in fishing in the Mediterranean Sea.

According to the captain, they decided to let the shark go to sea, but at first the hook could not be pulled out of its body. I had to drag the fish to the yacht, after which, with the help of tourists, she was sent back to the sea.

According to Mehmet Gekoglu, assistant professor at the Mediterranean University, fox foxes are a rare species of the family of sharks that do not pose a threat to humans.