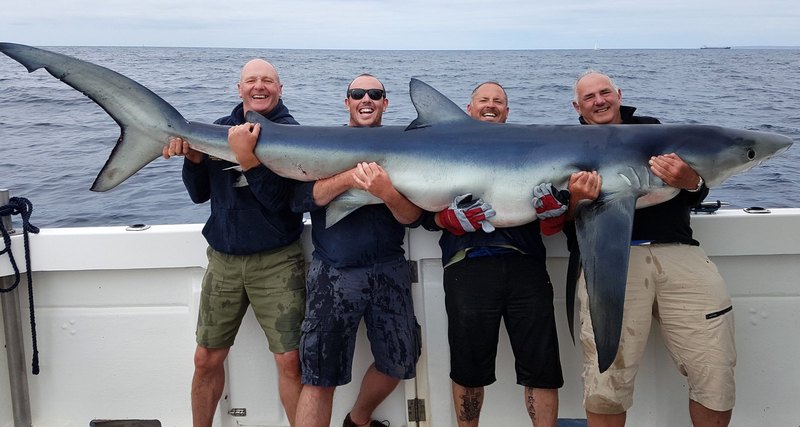 Four friends set a new record, having caught a blue shark weighing 116 kilograms off the coast of Penzance. The last record for these places (97 kilograms) lasted as much as 58 years.

Amateur fishing John Dine (John Dine), along with three friends, caught a huge shark while fishing off the coast of Penzance, a port city in Cornwall. They spent an hour pulling it out, and then calculated the weight, measuring its length and width across. Quickly made a “joint photo”. And they let go into the ocean. 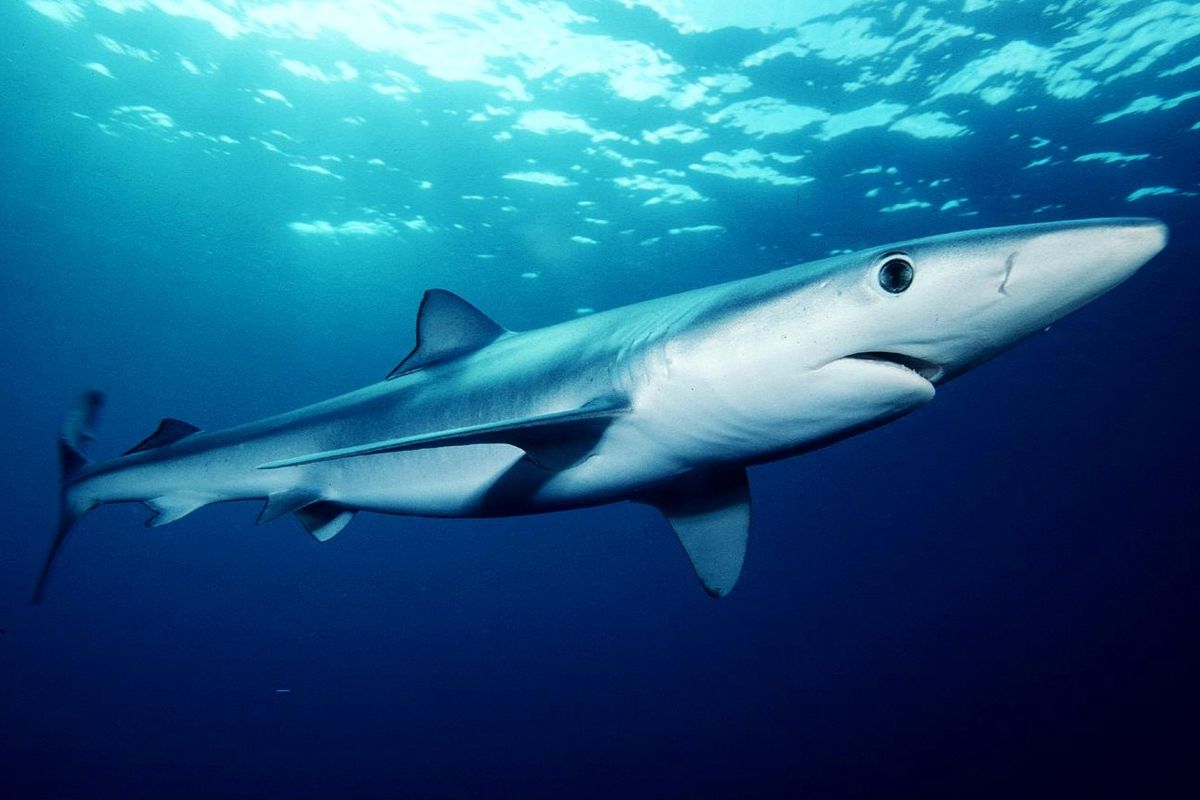 Skipper Robin Chapman recalls how anglers were dragging a shark: “When they caught the shark on the hook, we immediately realized that it was huge – it tore like a real train. After 40 minutes of hard struggle with the giant, we finally saw the first outlines. We watched the fish from the bow of the ship – it moved around the boat, and then made another attempt to break into the ocean depths. Then I told John that he would remember what he had seen – if the shark broke, no one would believe him. We were lucky: weathered the line and the hook – and after 5 or 6 powerful shark jerks we were able to drag it on board. ”

Over the next month, friends will announce a record in the fishing club Shark Angling Club of Great Britain.

According to the International Union for the Conservation of Nature, blue sharks refer to species close to a vulnerable position.

In regions with a warmer climate, blue sharks are even larger (the “record holder” weighed 391 kilograms!).